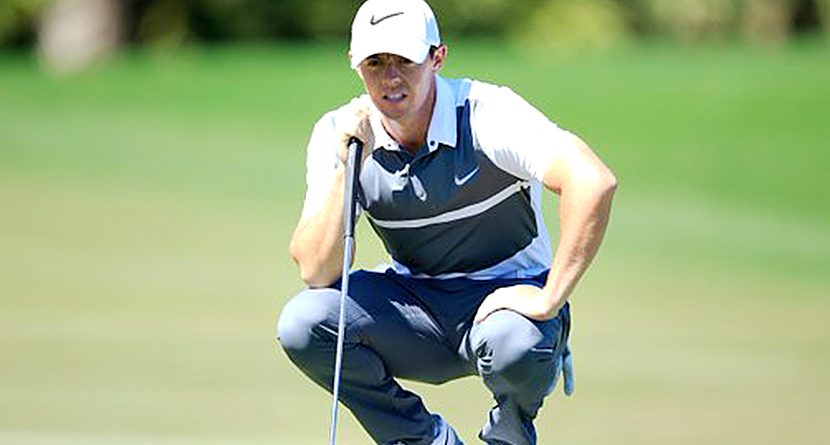 If you can’t beat him, join him.

It’s doubtful that Rory McIlroy’s thinking in switching his putting grip to a left-hand-low style was a result of the putting prowess of world No. 1 Jordan Spieth, but there are worse guys to emulate on the greens.

McIlroy posted a video to his Instagram earlier this week showing himself hitting a series of putts with the crosshanded putting grip, captioning the video cryptically, “Put some good work in the last few days, ready for the blue monster this week!”

Put some good work in the last few days, ready for the blue monster this week!

However, McIlroy confirmed during his pre-tournament press conference on Wednesday what he teased at on social media: he would be employing the new grip in competition.

The move comes on the heels of McIlroy losing 2.352 strokes to the field over just two rounds in a missed cut at the Honda Classic last week.

So far this season on the PGA Tour, McIlroy has ranked 189th in strokes gained: putting and 169th in putts per round.