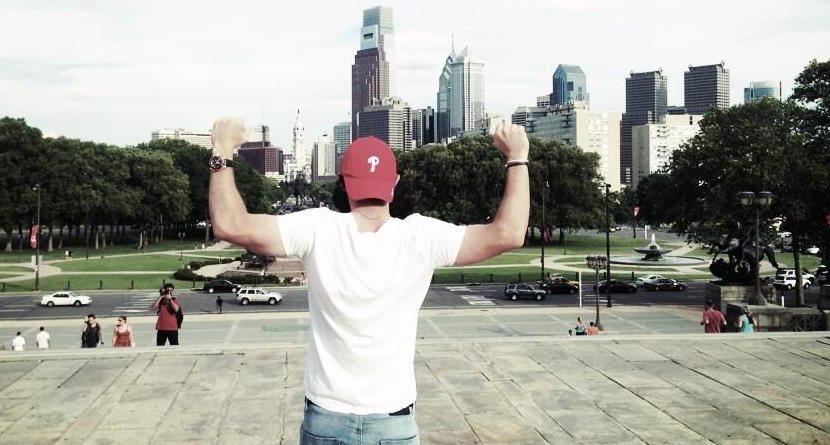 When in Philly, do as the tourists do.

That was Rory McIlroy’s mantra Wednesday when he ventured over to the Philadelphia Museum of Art, ran up the same iconic steps Sly Stallone once did in “Rocky,” and posted this on Twitter:

McIlroy first mentioned the idea Tuesday at the U.S. Open after Back9Network correspondent and ambassador Cheyenne Woods asked him what he might do off the course to relax and get his mind off of golf.

“I was half-thinking of going to the steps in the city, the ‘Rocky’ steps, wherever they are, and going to run up those, just because we are where we are,” McIlroy responded. (See video below at 45-second mark.)

We’re assuming Rory didn’t run through much of the rest of Philadelphia just to reach the steps, as the fictional Rocky Balboa did, but Rory and Rocky do have their parallels. Rocky, of course, was the ultimate underdog. Rory may be ranked No. 2 in the world, but he hasn’t won all season and took a T25 at the Masters, the first major of the year. No one’s picking him to win this week at the second major.

And the theme song for “Rocky III” was “Eye of the Tiger,” the 1982 hit from the rock band Survivor. This week and every week, Rory has his eye on the Tiger – Tiger Woods that is, the world No. 1 and favorite at the U.S. Open.