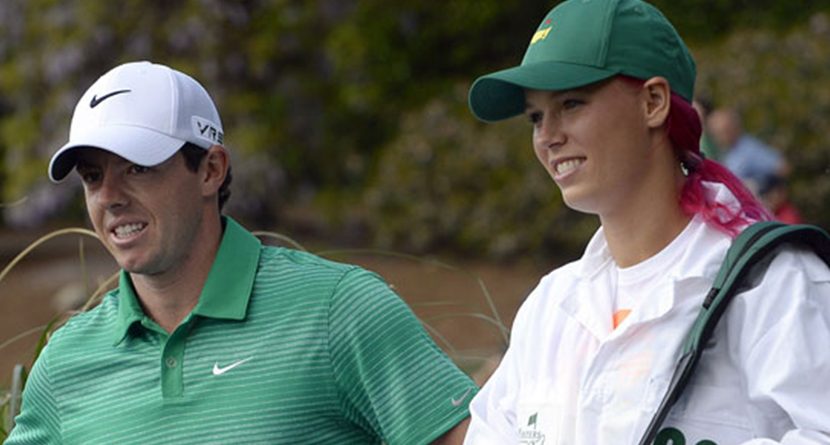 The traditional Wednesday Par-3 Contest at the Masters will be without one of the game’s biggest stars this year. Rory McIlroy told The Guardian that he will be skipping the event for the first time since 2011 in hopes of heightening his chances to win the green jacket.

“It’s a bit of a distraction and the year I had my best chance at Augusta, 2011, I didn’t play the par-three contest,” McIlroy said. “So maybe the decision not to play it this year can work in my favor.”

The Par-3 Contest has long been a family affair with players allowing their wives and children to accompany them around Augusta National’s scenic par-3 course. McIlroy has gotten in on the fun in the recent past, having his ex-finance Caroline Wozniacki carry his bag in 2014. Friend and One Direction star Niall Horan took over McIlroy’s loop last year.

Despite catching some heat for skipping the event, McIlroy is taking a page out of Tiger Woods’ book. The four-time Masters winner routinely skipped the exhibition in favor of staying in his routine during major championship weeks. McIlroy, winner of four major championships of his own, is looking for his first green jacket and the completion of the career grand slam.

Despite coming into the tournament ranked third in the world and among the three men with the best odds to win (according to golfodds.com), McIlroy feels that there isn’t quite as much pressure on him this year.

“I already feel a little more mellow and a lot more chilled compared to the all the hype around me a year ago,” McIlroy said.“You have the attention spread between Jordan [Spieth] going back to defend, Jason Day winning for a second week in a row and also there’s Adam Scott who has won at Augusta before and is coming off his own back-to-back wins. So there’s a lot more going on around others competing in the Masters this year already than the spotlight I found myself in a year ago.”