Rory McIlroy on Verge of Richest Golf Season Ever 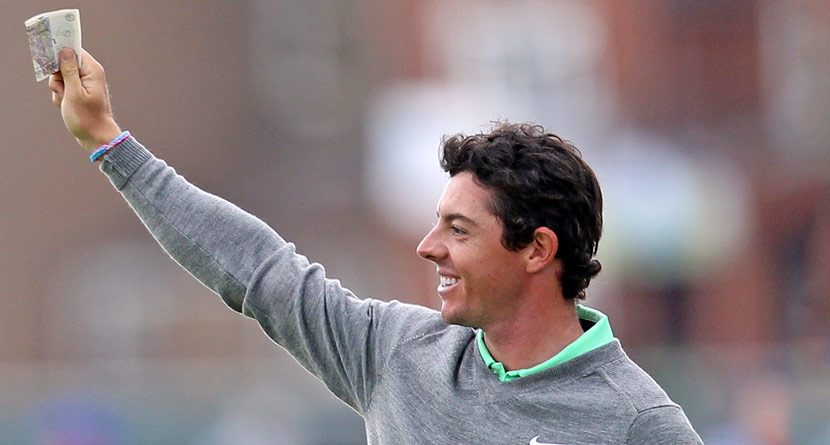 Tournament purses on the PGA Tour have been increasing steadily over the last few years, especially at the four major tournaments. What happens when you win two of those four? You gonna get PAID, that’s what!

Such is the case for Rory McIlroy this season, having won both the Open Championship and PGA Championship (netting more than $3 million from those two tournaments alone). As The Telegraph’s Oliver Brown reports, the fact that McIlroy also splits time on the European Tour could help the Northern Irish superstar reach a very lucrative milestone.

By year’s end, McIlroy very well could win the most money while playing golf ever in one season.

The current record for single-season earnings was set by Tiger Woods in 2000, when he amassed $21.2 million (adjusted for inflation) from tournament winnings alone. Woods also won three of the four majors that year, which speaks more to how much inflation impacts tournament dollars more than anything.

To date, McIlroy has won more than $7 million on the PGA Tour and nearly $1.4 million on the European Tour (or $8.4 million, which I figured out all by myself). Should he win one or two of the remaining three legs of the FedExCup playoffs and a couple Euro Tour jaunts at the end of the year, and claim the bonuses that come with winning the season-long titles on those tours, McIlroy could easily pass Tiger’s record by December.