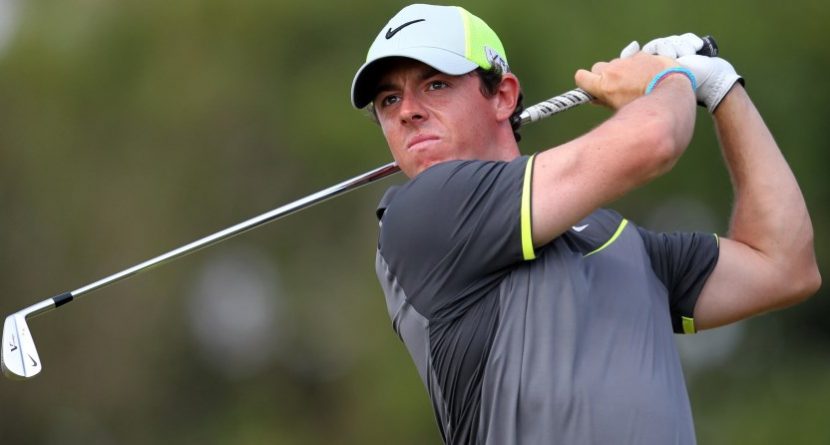 Rory McIlroy has now won three majors. For the second time after one of those major wins, he’s on the cover of the most major of sports magazines: Sports Illustrated.

On newsstands now and arriving in millions of mailboxes Thursday is the latest edition of the most popular sports magazine in the U.S., with a close-up of McIlroy’s follow-through on the cover. “Rory’s Moment” is splashed across the top, and “Masters Preview 2015” is written below — an obvious reference to the first event at which the 25-year-old could complete the career grand slam: It marks a return to the SI cover for McIlroy, who first appeared after his first major championship: the 2011 U.S. Open. That photo, while still spectacular, was a little more scenic and a little less Rory-centric. It did, however, proclaim “Golf’s New Era” after McIlroy’s historic win: Three majors, two SI covers, and one more guaranteed if he pulls off the win at Augusta in April. He’d be on good pace, but McIlroy would still have quite a ways to go to catch Tiger Woods – in terms of major championships and Sports Illustrated covers (20).

And for those of you keeping track at home, Phil Mickelson has five career SI covers. He’s guaranteed one more too, if he can ever shed the U.S. Open jinx.