Rory McIlroy Stands To Get A Big Race To Dubai Pay Day, Not That He Wants It 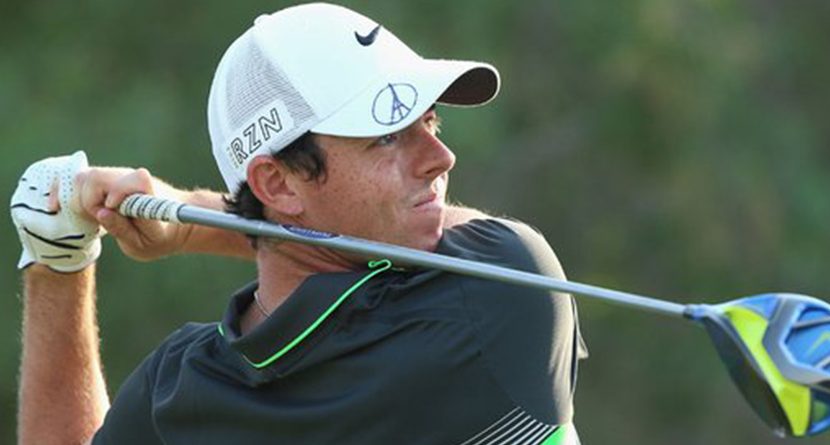 Rory McIlroy will make just shy of $50 million in 2015 — according to Forbes — so the Race to Dubai’s $1.9 million bonus isn’t a big priority for the Northern Irishman. That shouldn’t come as a surprise seeing as the PGA Tour’s FedEx Cup bonus of $10 million “doesn’t sort of mean much to (McIlroy) anymore.“

Having received an exemption into the Race from new European Tour chief executive Keith Pelley, McIlroy’s inclusion ruffled some feathers among the rank-and-file of the Tour, drawing the momentary ire of the second place standing Danny Willett.

McIlroy missed seven weeks of action earlier this summer due to an ankle injury suffered while playing soccer with his friends. As a result, the former world No. 1 missed three European Tour events — the Scottish Open, the Open Championship and the Bridgestone Invitational — that would have fulfilled his requirement for full status on the Tour and secured his inclusion in the Race to Dubai.

Additionally, McIlroy skipped last week’s BMW Masters in Shanghai, also Race event. It should be noted that players are only required to play in three of the four Final Series events to be eligible for the bonus’ bonus.

“Obviously, playing a lower amount of events than what’s required was one of the main benefits I would have said for Rory with how things panned out,” Willett said before this week’s DP World Championship, Dubai. “I appreciate that him playing makes a massive difference for the tour and you have to kind of let him off with the (missed) events, but certainly, he has more of an advantage over the guys who have played all three (Race to Dubai events), and this will be the fourth.”

“There’s a lot of traveling, a lot of golf, time changes, sleeping patterns. Everything like that can really take its toll, especially at the end of a season. I think having had a week off might have benefited him.”

Even missing the China event of the Final Series, McIlroy still leads the money list despite having played in only half as many events as Willett (22 to 11).

“If Rory wins more money than anyone else, playing less events, then that’s just good golf,” Willett said. “There’s still rules there to kind of abide by, otherwise they wouldn’t make rules. If rules were allowed to be broken all the time, then there’s no point in setting them in the first place.

“But in that case, it’s a very difficult one to get correct, and it was the first decision Keith had to make in becoming the chief executive of the tour. I think he made the correct decision.”

While Willett seemingly backed off the original point of his statement by the end, the insinuation wasn’t lost on reporters who posed McIlroy the question of fairness. McIlroy responded with the trophy-over-cash mantra that he had previously trotted out at the FedEx Cup.

“That was the decision that the European Tour came to and obviously it’s great for me that I’m able to be here and compete this week,” McIlroy said of the exemption. “It’s not about the bonus pool; it’s just about being able to compete here and play and try to win the Race to Dubai again. I’d gladly take the trophy and they can keep the money and do whatever they want with it. It’s more about trying to win the Race to Dubai again.”

And he’s in position to do just that after back-to-back 4-under par 68s. The Race has essentially become a two-man competition between McIlroy and Willett with the world No. 3 currently holding a 2-stroke lead.

Coming into the week, McIlroy only held a slight 1,600 point lead, but simply out-performing Willett this week will earn McIlroy the trophy he wants and the cash he couldn’t care less about.