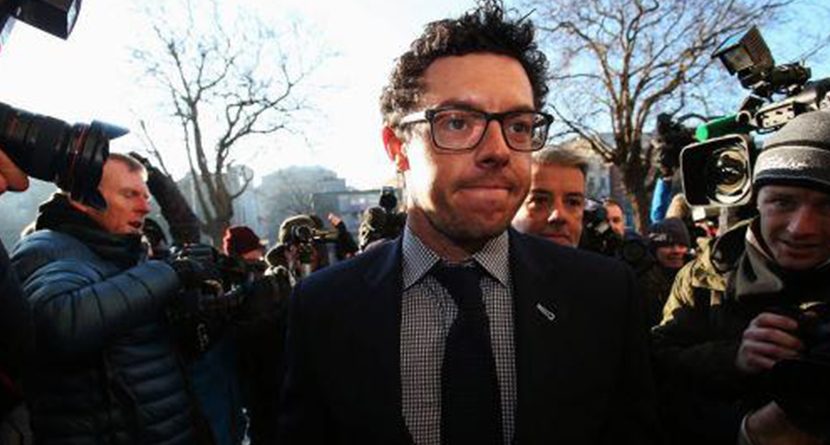 What good is hitting the ball 350 yards if you can’t see it?

That’s the question Rory McIlroy (probably) was asking himself before he decided to ditch his contacts and glasses, opting for laser eye surgery on Tuesday.

McIlroy, No. 3 in the Official World Golf Rankings, was the second top-5 player in the world to go under the knife this week with Henrik Stenson having some work done to clean up his right knee.

The surgery, which has become commonplace over the past few decades, uses a laser to reshape the eye’s cornea to improve vision. Surveys have found the procedure has a 92-98% satisfaction rate. Even Tiger Woods has had the procedure.

The timing of McIlroy’s surgery only has two down sides: 1) he just visited France and probably missed out on some of the intricacies of artwork in the Louvre; and 2) he has to wear these while he recovers, the “human version of the dreaded K-9 cone.”

Even if Rory has to endure a few nights sporting the human K-9 cone, at least he can rest easy knowing that he can see the flight of these drives for the rest his life.