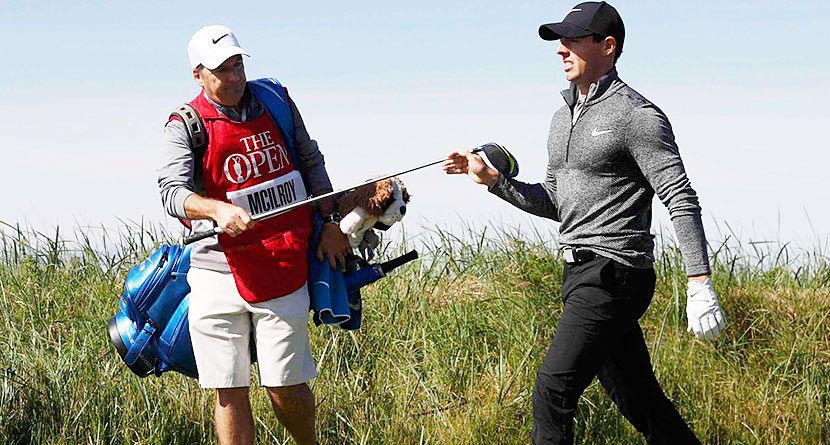 Rory McIlroy made multiple headlines earlier this week for a news conference that should be praised rather than skewered. We bemoan our athletes for being bland, calculated and uninteresting, yet when we get a candid and truthful star like McIlroy, we rake him over the coals for answering the questions in a thoughtful and honest manner.

Love it when people call for athletes to speak their minds more often, then criticize them because their minds don’t think the same things.

Let’s break down the quotes that were pulled and blown out of proportion and make actual sense out of them.

Why was this a thing? The implication is that McIlroy has no interest in growing the game. That’s ludicrous. His brand and worth is directly correlated to people liking him and buying his products. The point he made was that he did not start playing golf with growing the game in mind.

That’s perfectly understandable. Who picks up a club when they are 5 or 6 years old with the thought that, “I’m going to play this game because I can get really good and impact some kids all over the world to play as well.” It’s unrealistic and ridiculous to expect. Did you, reader, pick up a club with the explicit thought of making the game more accessible to more people? Give me a break.

McIlroy’s an ambassador for the PGA of America’s Junior League and uses his celebrity to his benefit and others’ to spread golf around the world. The outrage does not match the quote.

“I Could Use HGH and Get Away With It”

Solid, thoughtful and based in fact. He’s making too much sense! There’s nothing to defend here. The answer speaks for itself. Golf needs stricter and more inclusive drug testing. Are there guys out there trying to gain an advantage? Of course. If golf wants to be taken seriously on a global level, it needs to be regulated as such.

Enough with the gentleman’s game played by gentleman. With as much money as these guys are playing for, there will be always been people trying to take a short cut.

The quote above was an actual headline. Here’s an actual quote from McIlroy: “Different people have different opinions.” Does golf at the Olympics matter? To Jaco Van Zyl, you can bet it does. To Rory McIlroy, maybe not. That’s his opinion.

That’s what we want from our athletes. Again, unless it’s an opinion you don’t agree with. Then it’s wrong and deserves to be called out. You can’t have it both ways. And if we’re not careful, Rory will turn into Tiger 2.0.