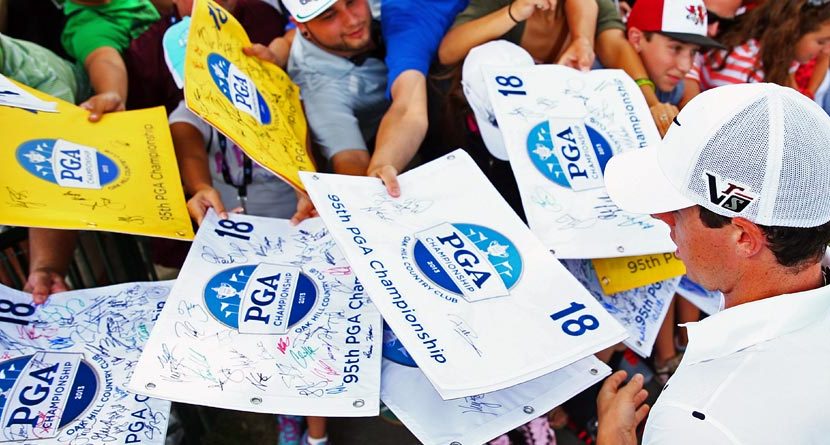 One of the most notable comes from Rory McIlroy. According to Ryan Carey of Green Jacket Auctions and star of Back9Network’s “Golf Treasures“, McIlroy refuses to sign a Masters flag in the center until he wins his own green jacket.

This may have come on the hands of his collapse at Augusta in 2011, where he blew a four-stroke lead on Sunday.

In 2015, however, he’ll be playing for more than just a green jacket. Coming off of a year in which he won two major championships, McIlroy will look to complete the career grand slam at Augusta — a feat only five other players have accomplished.

McIlroy’s not the only one with a story like this, though. Phil Mickelson has a superstition that may come as a surprise for some: He doesn’t sign golf balls. However, there’s a catch.

When he does sign them, they’re worth substantially more than other autographed items. For example, a signed golf ball could be worth $2,000 while other items “aren’t worth more than $100,” according to Carey.

Some other signing tendencies include Fuzzy Zoeller only signing in red ink (shown below), while Larry Mize usually adds a biblical quote to his signature. For more incredible stories about rare golf memorabilia, be sure to tune in to “Golf Treasures” on Back9Network, Mondays 9 p.m. EST — DIRECTV channel 262.