Rory McIlroy Worried About Golf’s Future In The Olympics 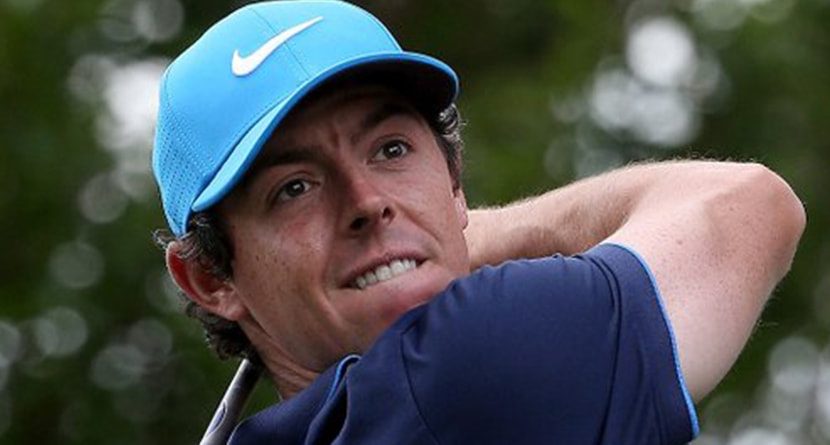 Golf’s return to the Olympics this summer hasn’t been all birdies and eagles. With top players dropping out and a general apathy towards the event, World No. 3 Rory McIlroy is concerned about the game’s inclusion on the world’s biggest sporting stage beyond 2020.

We can add McIlroy to the group that already boasts Jack Nicklaus and Gary Player as those who see the Olympics as a big-time opportunity for golf.

Golf News Net has the details:

“It’s obviously being played in Rio this year and it’s being played in Tokyo in 2020. I’m not sure if we’re going to have another opportunity to win a gold medal after that depending on what happens,” McIlroy said Wednesday ahead of the Wells Fargo Championship.

He added, “If we don’t somehow change the narrative of getting people more excited about it…I’m worried.”

“It’s a week,” McIlroy said. “You know, go play four rounds really competitively and try and win a gold medal. And if you do, I don’t know how that will stack up against the other things that I’ve done in my career now, but maybe I might look back in 20 years’ time and a gold medal might be one of my crowning achievements in the game, you never know. So it’s an opportunity to do something that you’ve never done before.”

McIlroy’s point furthers a case brought up by Olympic golf supporters: the truly special part of earning an Olympic medal in golf is the scarcity factor. McIlroy pushes this narrative even further by warning that unlike track and field or swimming, golf is basically on a trial roll out. There is no guarantee that it will stick around and be in the next five, 10 or 15 iterations of the Olympic Games.

Golf has 2016 and 2020 to make its mark. If it fails, whoever ends up having gold medals around their neck will have a prize more scarce than a green jacket or a Claret Jug.