Rules Junkie: Ignorance Of The Law Better Than Bad Math 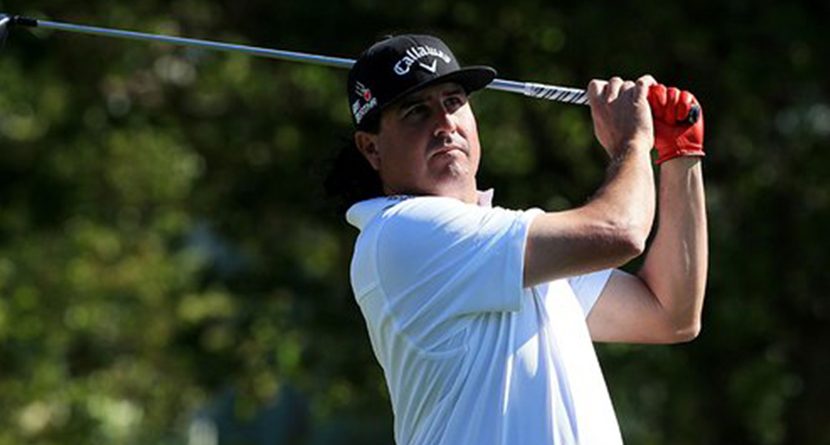 As the PGA Tour returns to the Waste Management Phoenix Open this week, a.k.a. the Greatest Show on Grass, the Rules Junkie harkens back to Pat Perez’s rules run-in and subsequent disqualification from the event in 2013.

Perez’s DQ is worth revisiting for a few reasons, but mostly so we can get a better grasp on the truly confounding changes made to Rule 6-6d in the 2016 edition of the Rules of Golf. The amendment to 6-6d forgives ignorance of the rules, but still penalizes someone in Perez’s predicament when a clerical error has been made.

The dispatch from the scene, via Golf Channel.

With the projected cut currently hovering at 3 under, Perez’s rounds of 72-72 left him at 2 over, unlikely to advance. When he incorrectly signed for an even-par 71 in the second round, though, he earned himself an early exit from the event.

The hole at issue was the short par-4 17th, where Perez ran into trouble despite a drive that left him less than 50 yards to the hole. After his approach went into the water behind the green, he ultimately two-putted for a double bogey 6. Perez signed for a 5 on the hole, however, and was disqualified as a result.

One of the four major changes to the Rules effective Jan. 1, 2016 was the “Limited Exception to Disqualification Penalty for Submission of Incorrect Score Card.” The USGA explained it as follows:

A new exception has been introduced to Rule 6-6d (Wrong Score for Hole) to provide that a player is not disqualified for returning a lower score for a hole than actually taken as a result of failing to include penalty strokes that the player did not know were incurred before returning the score card. Instead, the player incurs the penalty under the Rule that was breached and must add an additional penalty of two strokes for the score card error. In all other cases in which a player returns a score for any hole lower than actually taken, the penalty will continue to be disqualification.

Another angle. Say Perez didn’t know that he was supposed take a penalty for hitting his shot into the water hazard — and who are we to determine what rules should and shouldn’t be known; they’re all written in the same book after all. If he wrote 5 for the hole, signed for his 71 and was later informed that hitting into the water was, in fact, a penalty, he would have retroactively been assessed the penalty, plus the two-stroke penalty for failure to know the rule. He would have his scored changed from a 5 to an 8 on the hole, his total score adjusted to a 74 and he would not be disqualified under the new amendment.

The point is, if a player is competitive and crafty enough, he or she could get around a disqualification by acting ignorant to the rules. Whereas that same player, playing honestly and with integrity, could make an honest mistake in taking down their score and be sent packing.

Perez’s situation was rendered moot by the total of his first two rounds in relation to the cutline, but it remains a good case study in how the Rules can be manipulated by those desperate enough. The USGA whiffed on this change and allowed for more gray area in a previously cut-and-dry enforcement.