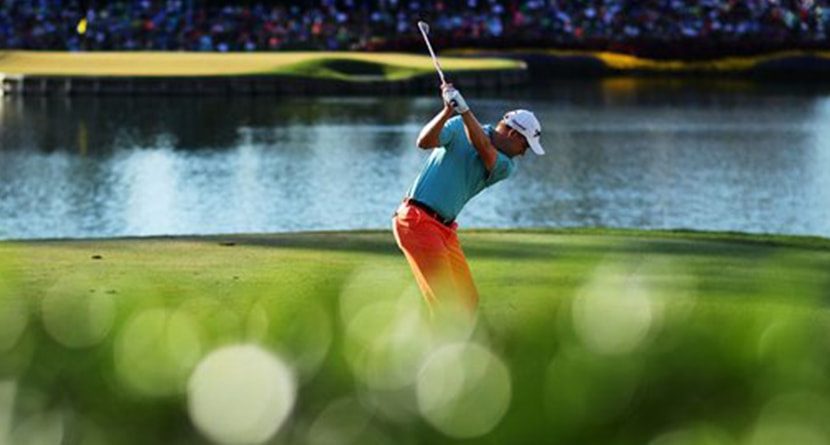 The 17th hole at TPC Sawgrass, site of this week’s Players Championship, is one of the toughest short holes in golf. At just under 150 yards, the shot required is typically some version of a wedge or short iron for the best players in the world.

However, given its place on the course and the spectacle that surrounds it, the 150-yard shot over water can easily turn into one of the most intimidating shots in all of golf, as Russell Knox found out on Saturday.


The 9 dropped Knox down the leaderboard from 8-under par and what would have been a tie for sixth place to 2-under par, which was 34th. Knox would also bogey the 18th hole to fall to 1-under par for the tournament and a tie for 40th.

To Knox’s credit, he took the fiasco in stride.

Knox on rinsing a sleeve on 17: “I don’t know what to say, really. That was an epic fail.”