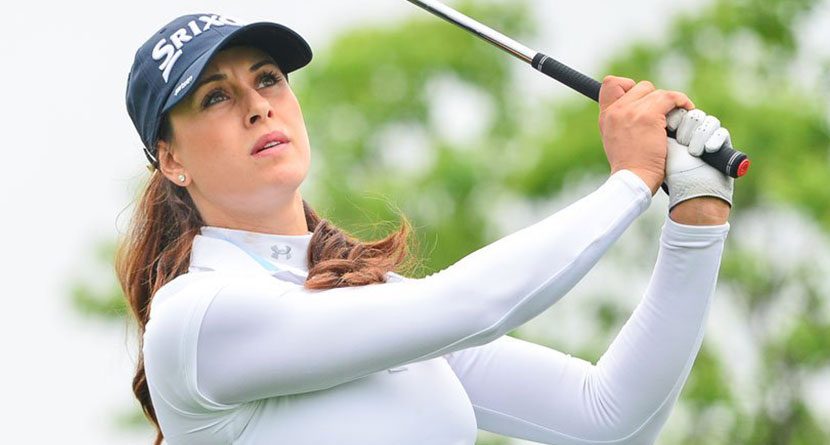 The Russian Olympic doping scandal may cost the country its lone golfing participant. With the entire Olympic team in jeopardy of not competing in Rio thanks to investigations into what is thought to be a state-sanctioned doping epidemic, a Ladies European Tour player will be forced to jump through some hoops just to tee it up in Brazil in two weeks.

Golf.com’s Pete Madden has the story.


Maria Verchenova, a Ladies European Tour pro from Moscow, is the only Russian golfer who qualified for the 2016 Summer Olympics in Rio, but less than two weeks before the start of the Games, the International Olympic Committee determined that “all Russian athletes seeking entry to the Olympic Games Rio 2016 are considered to be affected by a system subverting and manipulating the antidoping system.”

Although the World Anti-Doping Agency recommended an unprecedented blanket ban on Russian athletes for what its offcials called “the single biggest doping scandal of all time,” the IOC decided to leave it up to each individual international sports federation to vet each Russian athlete under its jurisdiction, so Verchenova’s fate now rests with the International Golf Federation.

“The IGF has reviewed the IOC EB decision with regards to the entry of Russian athletes at the Rio 2016 Olympic Games. We are swiftly carrying out the requirements and responsibilities that this decision has imposed upon the IGF to ensure that the rights of all our athletes to a clean sport and a clean Olympic Games are protected.”

Verchenova’s path to reinstatement will be a tough one. In outlining its criteria, the IOC stressed that in these cases the “‘presumption of innocence’ cannot be applied to [Russian athletes],” so merely the absence of any positive tests will not be sufficient for the IGF to clear Verchenova for competition.

Verchenova is ranked 337th in the Rolex World Rankings.