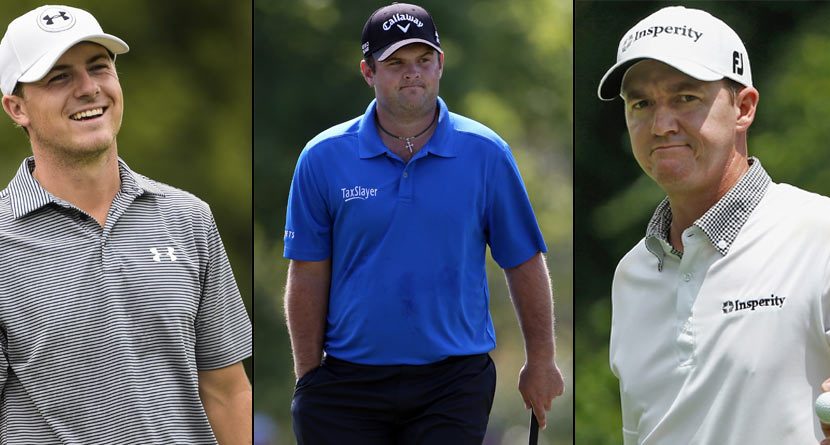 As Ryder Cup week begins, each team has a few players representing their nation for the very first time. The Americans come in as the decided underdog, but their squad does include some very successful veterans who play their best on the biggest of stages. The roster also includes Jimmy Walker, Jordan Spieth and Patrick Reed, all of whom will be making their Ryder Cup debut. Here’s a closer look at the American rookies at Gleneagles:

Jimmy Walker
The only guy who won more times this year than Jimmy Walker was Rory McIlroy — the world’s No. 1-ranked player. Walker collected his first career victory late in 2013 at the Frys.com Open. The long-awaited win came in his 188th career start — nine years after joining the PGA Tour. In January, he won the Sony Open in Hawaii. Walker followed that up a few weeks later with win No. 3 at the AT&T Pebble Beach Pro-Am. Walker also finished T-9 or better in three of the season’s four majors. He heads to Gleneagles as the 19th-ranked player in the world.

Jordan Spieth
Jordan Spieth may be a rookie on the this year’s Ryder Cup team, but it’s no surprise he’s on the roster. After making his Team USA debut last year at the Presidents Cup, Spieth qualified for Tom Watson’s squad on points. Though he didn’t collect a win during the 2013-14 PGA Tour season, Spieth did finish runner-up in the Masters and T-4 at the Players Championship. At just 21 years of age, Spieth enters action at the Ryder Cup as the 13th-ranked player in the world.

Patrick Reed
Patrick Reed began the 2013-14 season as one of the hottest players on the planet and ended up riding that momentum all the way to Gleneagles. After winning his first PGA Tour event last year at the Wyndham Championship, Reed added two more wins to his resume in 2014, coming out on top at the Humana Challenge and WGC-Cadillac Championship. Despite a midseason slump that saw him miss the cut six times in a 10-tournament stretch, Reed still made the squad on points.