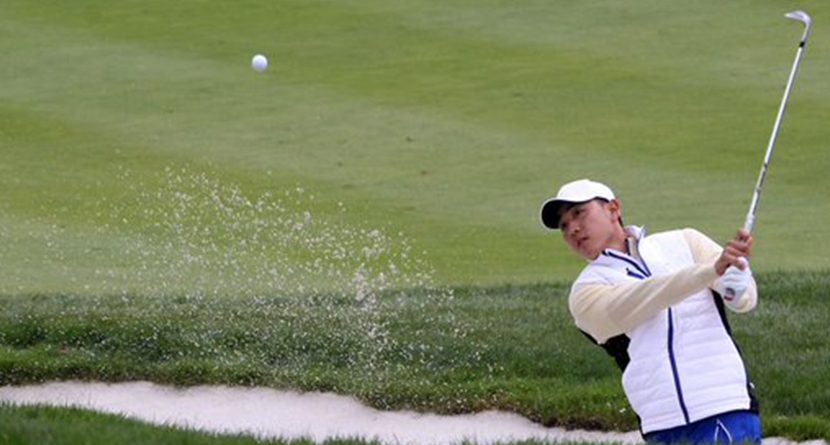 One of golf’s most promising international stars, South Korea’s Sang-Moon Bae, began his mandatory military service on Tuesday, virtually wiping him out of the global golf map for nearly two years.

Bae, a 29-year-old two-time winner on the PGA Tour, reported to an army training camp in the eastern South Korean city of Chuncheon and will serve for 21 months, theoretically making him ready to rejoin the PGA Tour for the start of the 2017-18 season.

@pgadfs he’ll have a one-year hardship exemption when he returns from military service.

All able-bodied South Korean men ages 18-35 are required to to serve in the military and those between 25-35 who have not fulfilled their requirement need a special permit to stay overseas, according to the AFP. Bae’s permit expired at the end of last year and his legal bid for an extension or exemption from service was declined.

Making the timing of the expiring permit exceptionally harsh was the fact that Bae was coming off of his best season on the PGA Tour. Bae won the first tournament of the season, the Frys.com Open, and made more than $2.5 million on the course. He played all the way through the FedEx Cup Playoffs and into the Tour Championship where he finished tied for 18th. Bae finished in 26th place in the FedEx Cup rankings, earning an additional $195,000 in bonuses.

Playing in front of his home country fans at the Presidents Cup, Bae went 2-1-1, losing the final point to Bill Haas.

In a final twist of cruel irony, Bae will not be able to represent his country in the upcoming 2016 Summer Olympics because he will be serving. Athletes who win a gold medal are exempt from their military service.