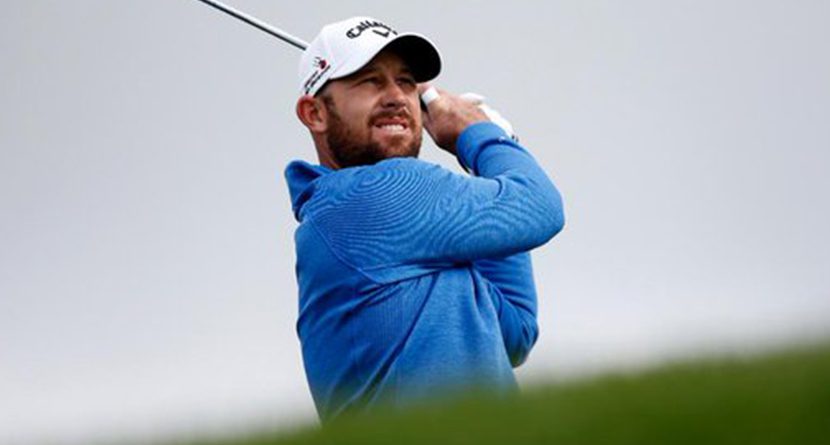 The Nappy Factor is real.

Scott Brown and KJ Choi share the 54-hole lead at the Farmers Insurance Open. Jimmy Walker, Gary Woodland, JB Holmes and Dustin Johnson are among the 16 guys within three shots heading into Sunday’s final round with adverse weather conditions expected.

What’s the Nappy Factor, you ask? The Nappy Factor is a betting trend that is based upon golfers whose wives have recently given birth. Does it make sense? No. Does it pay out betting tickets? Sometimes. Just something to keep in mind. Scott Brown’s wife gave birth to the family’s second child last week, so the NP is in play.

Choi, by the way, is 45 years old. Phil Mickelson is a month younger than him. Who did you think would have a better week? Did you even know KJ was in the field?

Ok. Before we get to the leaders, let’s see the good stuff…

There’s shots of the year nominees on record already, but this the first albatross of the season — and yes, it’s an albatross; double eagle would be 4-under.

The boys at the top of the board were — eh — okay.

This leaderboard is getting crowded. #QuickHits https://t.co/s9P82B9Eb0

This is how the pros play a 20-yard bunker shot. #QuickHits https://t.co/3CQcqJIoNL

And the OG, KJ Choi.