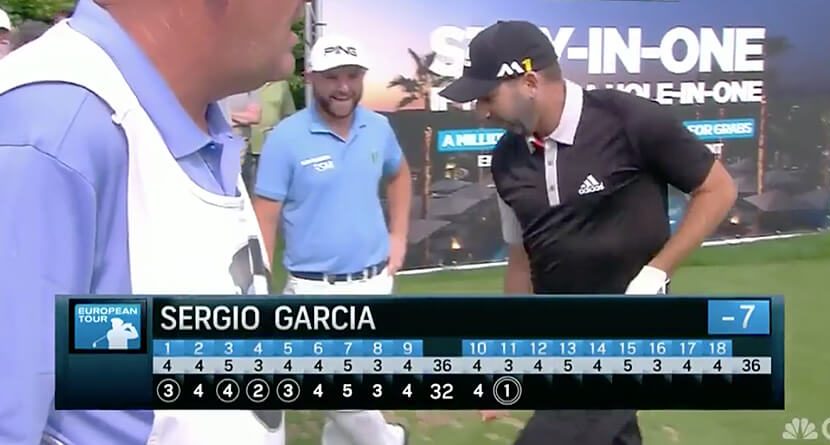 Some holes-in-one are better than others. Whether it be the prize that comes along with the ace — like a million dollars towards Els for Autism — the setting — the 17th at TPC Sawgrass — or the circumstance, all holes-in-one are not created equal.

Sergio Garcia made an ace on the 11th hole at the BMW International Open on Friday and didn’t have much going for him. The tournament isn’t steeped in any kind of history; the prize was hotel reward points for a raffle winner; and the ace only moved him slightly closer to a leader he would eventually trail by six heading into the weekend.

However, what Garcia does have going for him is a fun-loving attitude that turned a mundane ace (if there is such a thing) into a full-on dance competition.

Be good… Yup. @TheSergioGarcia's celebration dance is *almost* as good as his ace at the #BMWInternationalOpen.https://t.co/4wfvqScc94

The dance Sergio performed on the tee was an homage to fellow Spaniard Miguel Angel Jimenez, who famously does a little salsa step after holing out.

Sergio’s dance, on the other hand, had elements of Jimenez’s flair, but also reminded us of another famous dancer…

Who did it best: Miguel Angel Jimenez, @TheSergioGarcia or @Beyonce? pic.twitter.com/fWx4aO5O0I