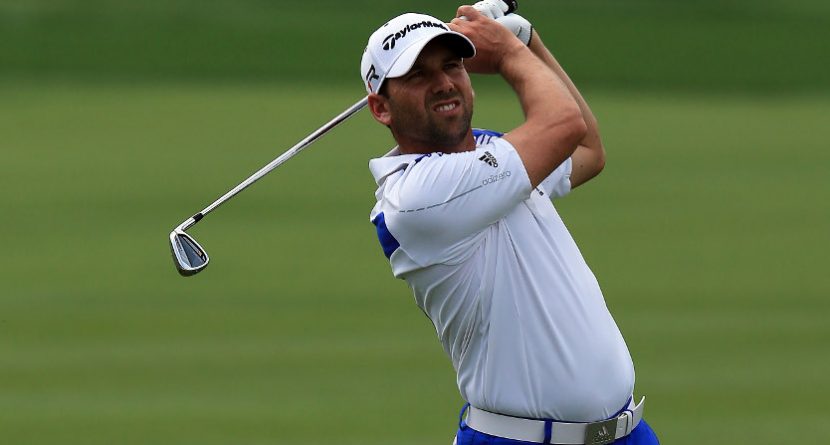 The rules say, “Play the ball as it lies,” right? Sergio Garcia took that to heart on Sunday in the final round of the Arnold Palmer Invitational.

At Bay Hill’s 10th hole, the Spaniard pushed his tee shot, with it landing stuck in the crevice of a tree. Apprised of the ball’s position, Garcia climbed the tree and identified the ball as his. Weighing his options, he chose to try to chip his ball from out of the tree to the fairway.

After taking about a minute to decide on a stance and aiming point, Garcia swung his club backwards at the ball and struck it. It carried about 60 yards back into the fairway.

Garcia, however, went on to make double-bogey 6 at the hole, and then withdrew from the tournament two holes later as the weather turned worse and a tornado warning was issued for the Bay Hill area.

Want to play Bay Hill like Sergio? Well, not quite. Here’s how.