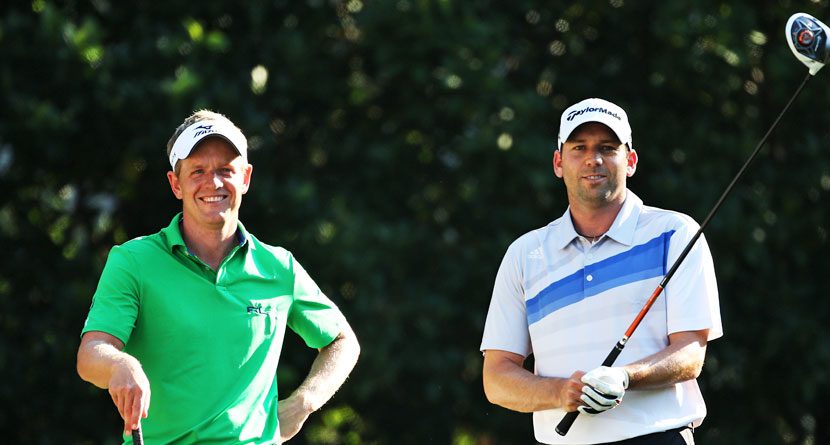 Whenever Sergio Garcia played well at the Ryder Cup, it was usually alongside partner Luke Donald. Following Tuesday’s captain picks, however, Garcia will need to find that connection with someone else this year.

According to a report, Garcia is less-than-pleased that Donald was not chosen as one of European Team Captain Paul McGinley’s captain picks. That honor went instead to Lee Westwood, Ian Poulter and Ryder Cup rookie Stephen Gallacher.

Choosing who will join the automatic team qualifiers at the Ryder Cup has to be the least enjoyable aspect any captain must face. McGinley had many options from which to choose from this season, thanks to a European contingent stacked with talent.

Personally, McGinley’s option to go with Westwood over Donald is confusing. Yes, Westwood has a mountain of Ryder Cup experience, (he will be making his eighth appearance this year,) but Donald’s record with Garcia (5-1) is hard to overlook.