Sergio Garcia ‘Fired’ By His Girlfriend 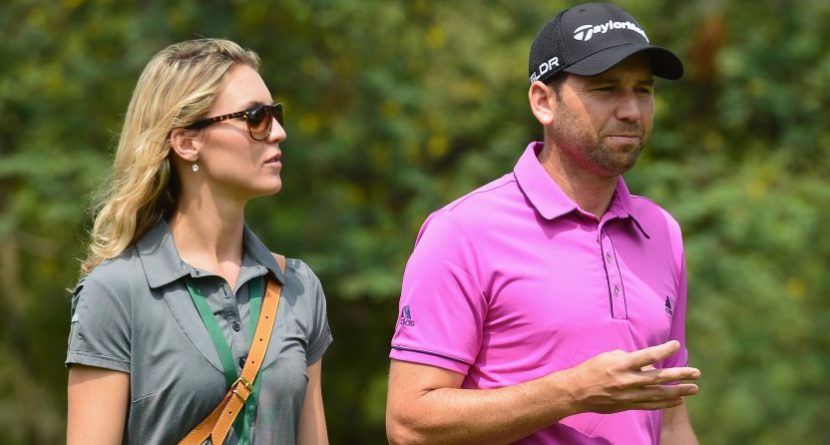 They say all good things must come to an end, and as such, the undefeated golfer-caddie combo of Sergio Garcia and his girlfriend, Katharina Boehm, is over.

The 33-year-old Spaniard told reporters at the Abu Dhabi HSBC Championship on Wednesday that despite winning the Thailand Golf Championship with his lady friend last month, Neil Wallace is back on his bag for the time being.

“I wanted to keep going, but she fired me,” Garcia joked. “It was something she wanted to do since we started dating, and I thought that would be a good week, being the end of the year and maybe a little bit more relaxed.”

So relaxed that Garcia cruised to a four-shot victory in Thailand, his only win in 2013 and first since a victory in Malaysia in December 2012. He also notched a hole-in-one that week, and got to end the tournament like this: “I think it turned out pretty good, but I think we’ll leave it,” Garcia said of his lady as his caddie. “She has a good winning percentage at the moment.”

And so, Wallace returns to his post on the bag for the world’s No. 10 player. He teamed with Garcia near the end of 2013, part of the revolving door at caddie for Garcia.