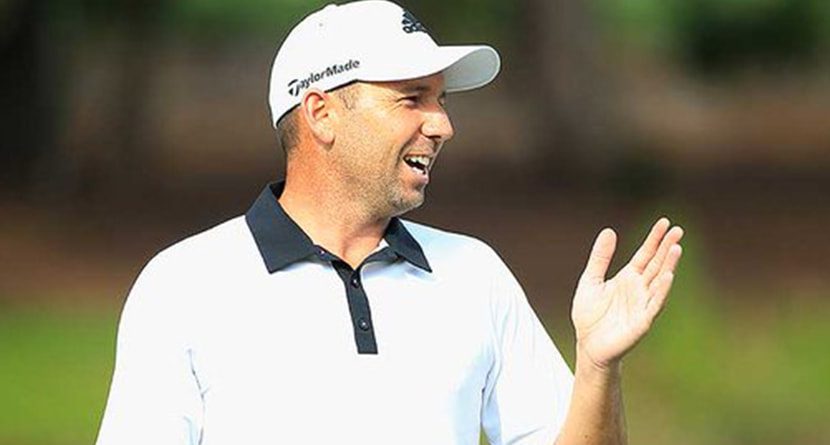 TPC Sawgrass played brutally tough on Saturday at the Players Championship. Two pristine days for scoring on Thursday and Friday were nearly washed out completely by the carnage in the third round.

A big reason for the change in scoring was the way the soon-to-be-destroyed greens dried out. Players had a tough time getting putts to stop close to the hole, resulting in three-, four- and even five-putts from the best players in the world.

Sergio Garcia had the most notorious dust up with the putting surfaces on the par-4 5th hole. The Spaniard took six — count them, six — whacks with the putter before finding the bottom of the cup.

Officially, that goes down as a five-putt because the first stroke came from off of the putting surface, but who are we kidding? That was a six-putt.

The worst part? He made a beautiful sidewinder for birdie on the previous hole. Golf, man.

When in doubt, putt it sideways. #QuickHits https://t.co/hENfWjXYDw