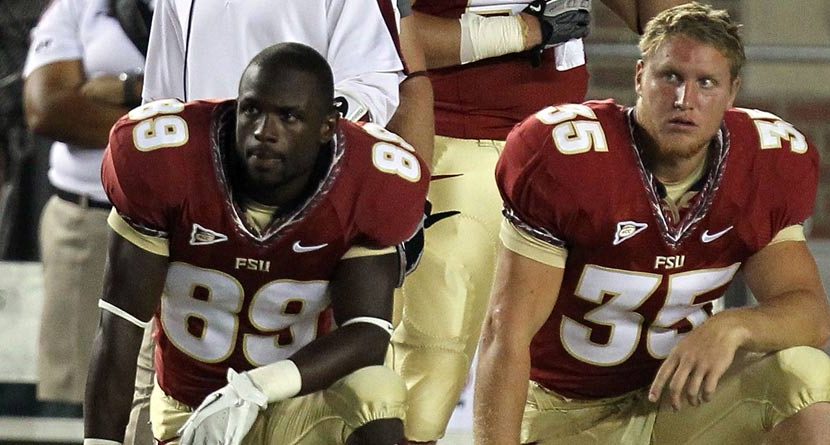 The Back9Network is saddened to hear about the horrific accident suffered by Nick O’Leary, the grandson of legendary golfer Jack Nicklaus, as he was riding his motorcycle on May 2.

The video was captured by an on-board public bus video camera and clearly shows how another motorist pulled out in front of O’Leary, who was riding down a Tallahassee city street. A portion of his motorcycle – which basically exploded on impact – shatters the camera lens milliseconds after capturing the accident.

Miraculously, O’Leary suffered only minor injuries from the ordeal and is not listed on the injured list for the college football team. Not that that is important, of course.