Should TV Viewers Be Able To Phone In Penalties? 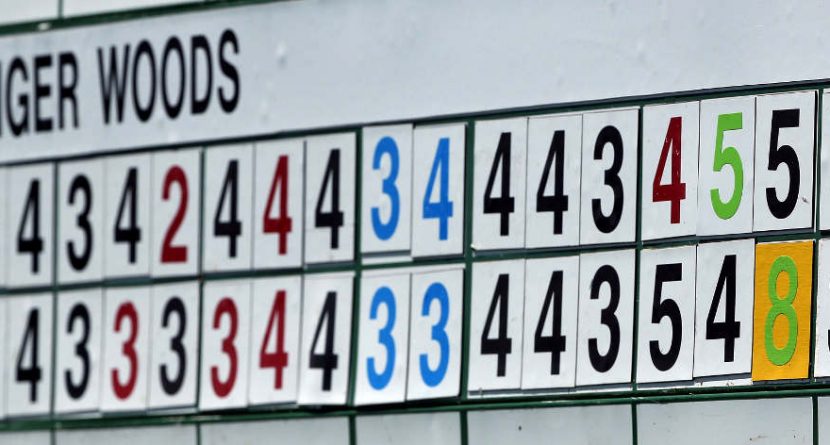 Golf is unlike any other sport. The players are expected to know only know the rules of the game, but enforce them on themselves.

Tiger Woods failed to do that on Friday at the Masters. When his third shot at the par-5 15th hit the flagstick and caromed back into the pond, Woods chose to go back to the original spot of his third shot to strike his fifth. The problem was threefold:

If this was the Masters of three or four decades ago, no one probably would have seen the issue on TV. No viewer would have felt compelled to tell Augusta National that Tiger was in the wrong. But an enormous worldwide audience saw it and at least a few rules hawks caught it. The Masters had no choice but to slap Tiger on the wrist with a penalty – it was the least they could do.

However, this incident again raises the question: should golf fans be able to snitch on players?

The U.S. Golf Association and R&A weighed in a couple of years ago, suggesting no viewer should cost a player his tournament because of an infraction they spotted with the aid of video. Nevertheless, they maintain a viewer can tattle on a player who intentionally breaks the Rules of Golf or simply doesn’t know them.

Preventable ignorance is no reason to not follow the letter of the game’s law. Some golf fans know the rulebook better than their far-more-talented hacking brethren. They can be the protectors of the whole field. What if Tiger never said anything on TV? He would not have been penalized at all. He’d be within two shots of the lead entering Sunday. Is that fair to Jason Day, Brandt Snedeker or Angel Cabrera? Probably not.

Of course, the contrary thought is that more people watch Tiger intently than probably all other golfers in the field combined. But if you tune in to see Tiger, you sit through the litany of sometimes faceless pros until they show the Red Shirt. Eagle eyes like those that compelled viewers to phone Augusta National catch anybody breaking the rules, not just Tiger.

There’s just too much space and too many bodies to cover for rules officials to see everything as it unfolds. As we learned this week, sometimes even the game’s governing (even de facto) bodies misinterpret the rules. Fans, one can imagine, do the same a lot. But for history’s sake, it’s worth not shutting the door on them or ignoring their call.

Then again, maybe making the rulebook a little thinner and easier to understand might prevent the need for golf’s version of accountants.

What do you think? Tell us on Twitter using the hashtag #golfsnitch.