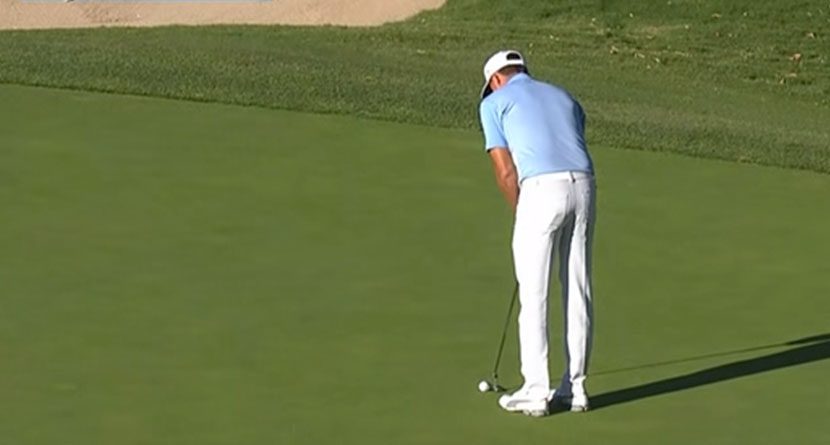 While the Fall Series still tries to find its footing in a sporting landscape that is clearly overshadowed by Major League Baseball’s playoffs, the heart of the football’s regular seasons and the build up to the NBA’s regular season, some recognizable names are golfing their ball in Las Vegas. Rickie Fowler, Tony Finau, Nick Watney and Jimmy Walker are lurking, but none are a part of the four-way tie for the lead. 0

Both of the first two rounds of the tournament have been suspended due to darkness, but that didn’t stop some of the Tour’s rising stars from stealing some eyeballs.

After an opening-round 1-over par 72, Rickie Fowler was in danger of missing the cut, but a Friday 65 inserted the No. 5-ranked player in the world right in the thick of things. Putts like this 79-footer for eagle on the par-5 13th helped.

Fowler moved up 85 places and will begin the third round inside the top-30.

Not to be outdone, Finau holed out on 13 in two, an albatross, from 235 yards (somehow without anyone getting video) and two holes later, nearly holed out for eagle on the par-4 15th.