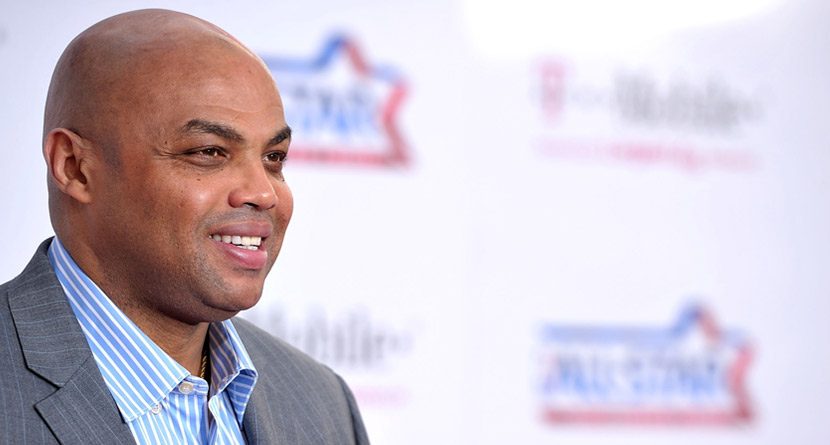 Related Links: Your Next SUV Could be a Bentley | Ray Allen & Stephen Curry: Battle on the Links

Charles Barkley is to golf what Rory McIlroy is to tennis: even though they’re not very good at the game, it sure is fun to watch them try. Barkley is also a jokester off the course as he displayed in spades over the weekend.

At last week’s American Century Championship – an event that features sports stars competing in a golf tournament for charity – the former NBA superstar was seen passing out $100 bills to fans around the seventh green. Numerous fans took to social media to provide photo documentation of Barkley’s unusual generosity.

Charles Barkley handed out $100 bills to everyone on the 7th green. pic.twitter.com/EoqAyXA3uk

Charles Barkley foursome gave girlfriends son AJ a $100… Why? Just because he can. #AmericanCenturyChampionship pic.twitter.com/JKf6GdHQNv

Charles Barkley told me my dress was cute and then his friend gave me $200… #itscasual #thanksman… http://t.co/mDV6lPcRZ6 If that wasn’t enough, Barkley later joined current Miami Heat shooting guard and Back9Network board member Ray Allen’s birthday party in Lake Tahoe where he got his dance groove on with an elderly woman.

I don’t know about you, but my summer vacations were never as interesting as anything Barkley is doing while Inside the NBA is waiting for the season to begin.

Related Link: Your Next SUV Could be a Bentley