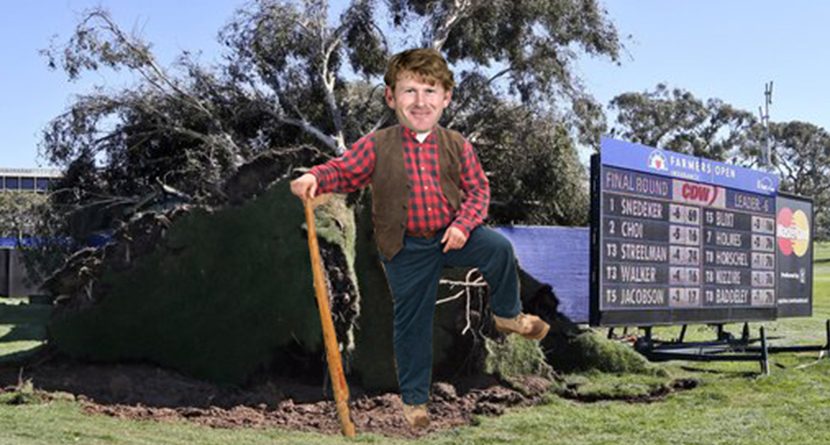 During the final round of the Farmers Insurance Open at Torrey Pines, the only things falling were trees and Brandt Snedeker’s putts. The fourth round stretched across Sunday afternoon and into Monday morning as  Snedeker’s early post of 6-under par proved to be enough to outlast Jimmy Walker and KJ Choi.

The resumption of play was delayed by three hours on Monday as crews around Torrey Pines went to work cleaning up debris, downed trees and other damage caused by 50 mile per hour winds.

Here’s some of the damage.

Welcome to Monday @FarmersInsOpen… Title sponsor might be busy this week pic.twitter.com/WBNB1Syqcy

Storms cause “devastating” damage at Torrey Pines. An estimated 20 trees are down. https://t.co/IOF0dtgNAV pic.twitter.com/pFVrxCCSEp