Snedeker Holes Out For Eagle To Start Second Round 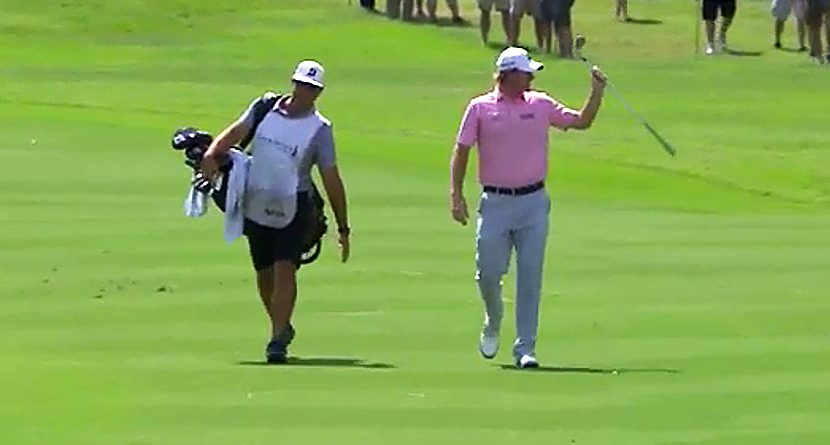 This will help the cause. #QuickHits https://t.co/Zcj1NhN2Gx

After what amounted to be a five and a half hour rain delay at the Dean & Deluca Invitational, Brandt Snedeker started his second nine in style with an eagle on the first hole — he began his round on the back nine. Sneds’ eagle would represent the total of his round, shooting a second straight 2-under par 68 to get to 4-under par and a tie for 12th when play was suspended due to darkness.

Bryce Molder reclaimed his first-round lead with birdies on five of the first eight holes in his second round.


For a tournament that was lacking star power depth, the names that did tee it up are peppering the top of the leaderboard. Webb Simpson sits one shot back of the lead at 8-under par. Jordan Spieth and Patrick Reed are two shots back at 7-under par and Jason Dufner leads the 6-under pack at three shots back.

Roughly half of the field still needs to complete their second round on Saturday. When play restarted Saturday morning, 70 players were a 1-over or better, thus setting the cut line.

Here are the rain-shortened second round highlights.