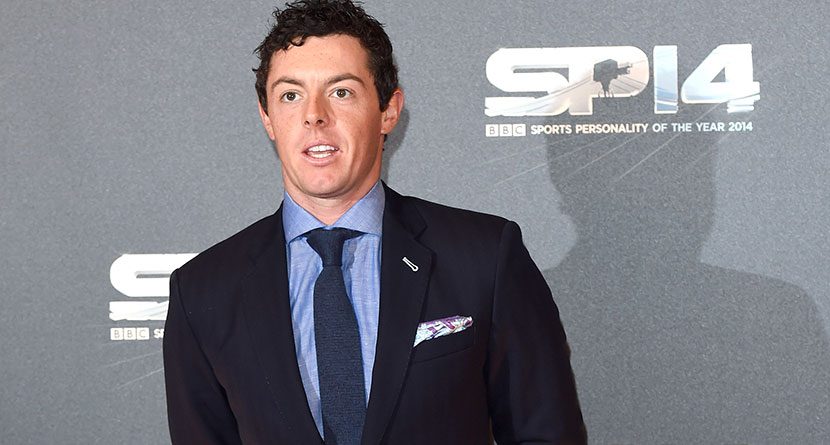 When you’re at the very top of your profession, there are very few events that occur in your life that go unnoticed.

On Sunday, Twitter blew a proverbial gasket when the world’s top-ranked golfer didn’t win the title of BBC Sports Personality of the Year — one of Britain’s most prestigious awards in the sports world.

McIlroy, this year a winner of two majors, including the British Open Championship, a key cog in the European Ryder Cup’s third straight victory over the U.S. and undoubtedly the most dominant player on the globe, took runner-up to Formula One driver and world champion Lewis Hamilton.

Hamilton prevailed over McIlroy in a telephone vote and was surprised he won the award. Like any noble winner, Hamilton was gracious:

“I really wasn’t expecting that,” he said while accepting the award, “Especially as I was watching all of the videos during the awards. We are really talking about some of the great sportspeople of our time.”

Rory was equally gracious in defeat, offering his thanks and congratulations on Twitter:

Thanks to all who voted for me! Congrats to all the candidates and especially @LewisHamilton, thoroughly deserved and a worthy winner!

Other folks on Twitter, though, didn’t handle it so well. When the votes were tallied and winner announced, it virtually exploded in outrage and some of McIlroy’s contemporaries were at the forefront:

Obsolutely ridiculous that @McIlroyRory has not won Sports Personality 2014. Huge respect to @LewisHamilton but come on.

.@BBCSPOTY has turned into a complete joke. It’s such a great shame. Huge congrats to @LewisHamilton, but he had 1 person to beat all year.

Lot of angry people on my timeline… Unfortunately as long as SPOTY continues to be a public vote then this will continue to happen! #Rory

Regular folks even got into the mix:

I thought you needed to have a personality to win #SPOTY? #Hamilton

#SPOTY14 Disgrace! Hamilton couldn’t do it without a huge team of mechanics. #Rory just has his caddy. Maybe if Rory was English.

We could go on and on and on but if you’re looking for more, try searching Twitter for #RORY and #SPOTY.

In any event, it’s safe to say that when the top player in a profession does anything, the world reacts. And boy did it react last night.