So How Does Golf’s Future Look Now? 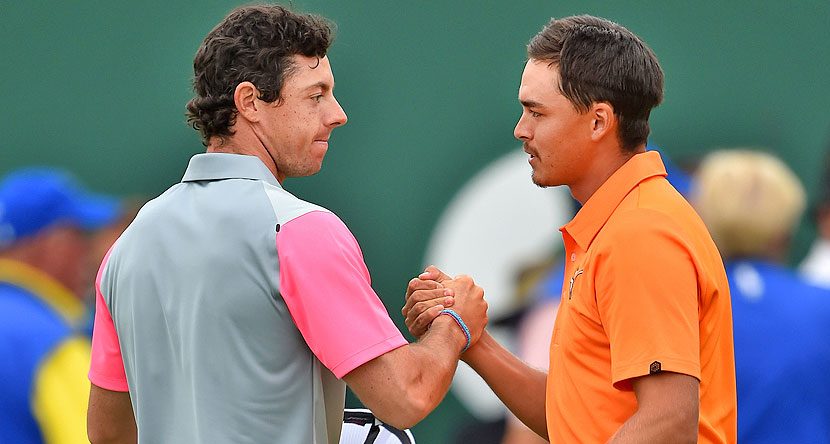 When Rory McIlroy sank his final putt on 18 at Hoylake on Sunday, the golf world witnessed only the ninth man in history to win the third leg of a career grand slam. It just so happens that man is 25 years old.

By the way, his playing partner and co-runner up, Rickie Fowler, is also 25 years old. Weren’t we all worried about the “future of the game” not too long ago?

It is true that thousands of amateur golfers are leaving the game at what seems like an alarming rate. The theorized explanations for this mass exodus are many – ranging from golf’s expensive price tag to slow play – all suggesting that newer generations will find other ways to spend their weekend morning or afternoon.

Those who subscribe to golf’s bleak future also believe that, somehow, this mentality would spread to the professional ranks. That great players like Tiger Woods and Phil Mickelson would simply fade into the background, joining Jack, Arnie and Gary in “the good old days of yesteryear.” The game was literally on the retirement clock.

It seems to me that Rory and Rickie just nipped that argument in the bud.

Trust me; I’m not so naive to suggest that Rory winning the claret jug on Sunday will suddenly drive hundreds of thousands of fans back to the game. Rickie’s orange polo and oversized, flat-brim cap won’t make nearly enough kids pick up golf clubs anytime soon. Heck, that stuff didn’t even happen when Tiger Woods burst on to the scene nearly 20 years ago.

But Rory and Rickie can – and likely will – bring people back to the television screen (or streaming Internet feed on a preferred mobile device, of course). They can drive ratings through the roof with performances like we saw the last four days as veteran players like Sergio Garcia do their damndest to keep pace. Friends will tell friends to tune in over social media, share links to Internet feeds, and spread the news faster than anything newspapers could have hoped to accomplish.

The future of the game is strong, ladies and gentlemen. To think anything different would be irresponsible, if not ignorant.

Rory and Rickie did their part this week. Now it’s our turn to step up to the tee box.