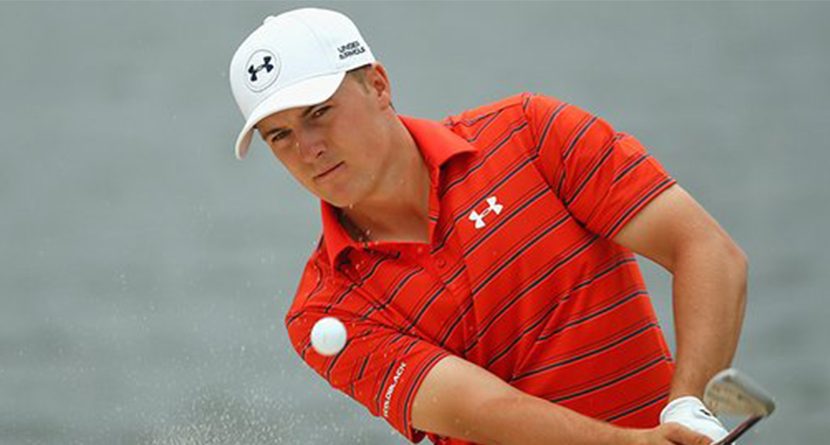 If there’s one thing we’ve learned in 2015, it’s that Jordan Spieth rarely makes a public relations misstep. So it was no surprise that while the No. 1 was Down Under defending his Australian Open title, he carefully maneuvered a press corps likely to get their only shot at the two-time major champion.

Fielding a line of questioning stemming from Adam Scott’s dismissal of Olympic golf a week prior at the Australian Masters, Spieth took a contradictory stance, giving the Rio games a guarantee of his presence should he qualify.

“Just competing in the Olympics, just walking the opening ceremony, staying in the village and doing whatever it is, meeting these incredible athletes from around the world, hopefully that’s something I’ll be able to experience next August,” Spieth told the assembled press. “Winning a gold medal has got to be up there now in my mind with winning a major championship.

“I’ve been asked the question: a green jacket or a gold medal, or a Wanamaker (Trophy) or an Open Championship or a gold medal? That’s not fair. I think this year we’re going to approach it as a fifth major and we’re going to prepare like it is and I’m going to go down there and try and take care of business.”

While that ‘fifth major’ descriptor won’t be music to the ears of the PGA Tour big wigs, it does give Olympic golf a bit of a leg to stand on amid complaints about the scheduling and format. And while Spieth clearly doesn’t align with Scott’s assertion that Olympic golf wouldn’t be “a priority of (his) scheduling,” he didn’t seem to disagree with the Aussie’s disdain for the stale format of 72 holes of stroke play.

“It’s not a team event in golf, I think unfortunately,” Spieth said. “But it’s going to be very difficult. You’ve got some great Aussies that will be down there, you’ve got Englishmen, you’ve got your own countrymen that you’re trying to beat.”