9 Players Who Put Irish Golf on the Map 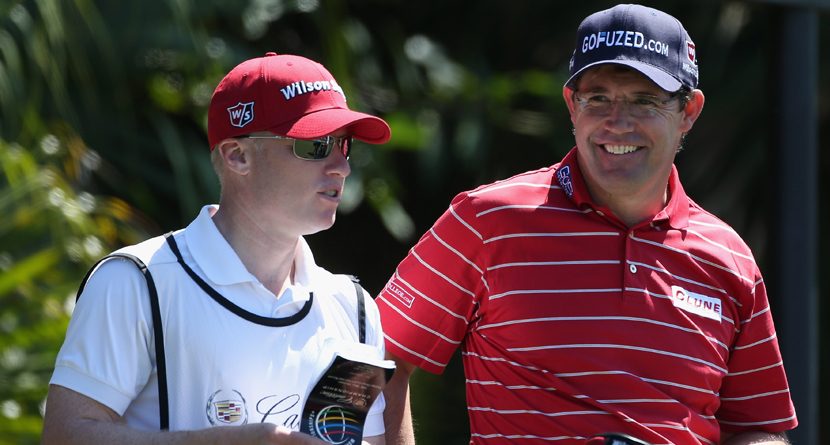 The antithesis of Christy O’Connor’s gruff club professional, Joe Carr was a middle class cosmopolitan and one of the last great career amateurs. In addition to dominating the Irish unpaid circuit and Walker Cup for two decades, he collected three British Amateur titles and notched a handful of impressive major championship appearances. Bobby Jones was a fan.

Legend has it that when a young Christy O’Connor was asked by a proud Galway amateur what he hit to a par-3, “Himself” responded by throwing 14 balls onto the tee box and hitting the green with every club in his bag, putter included.

He came close to landing the Open Championship on a couple of occasions and made 10 consecutive Ryder Cup appearances, enough to earn a place in the World Golf Hall of Fame, but it’s the apocryphal stories he left in his wake that best account for his greatness.

The Feherty coinage “like an octopus falling out of a tree” is most readily associated with the swing of Jim Furyk, but it was actually inspired by the lurching confusion of limbs on which Wicklow native Eamonn Darcy built a career that included four Ryder Cup appearances. It was, and remains, quite something.

Nearly as volatile as he is gifted, Clarke occupies a unique place in the hearts of the island’s sporting public. Part cigar-smoking, Ferrari-driving millionaire; part binge-drinking man of the people: his would be an impossible balance to strike were it not for that charisma. The 2011 Open validated a career, but the 2006 Ryder Cup will endure as its high-point.

Though astoundingly prolific as a collegiate golfer, it took G-Mac nearly eight years to find his feet on the international stage. Though routinely deadly when in contention, inconsistent form and a reluctance to play a full schedule led to him spending years hanging in that grey area just outside the world’s top-50. That all changed in 2010, of course, when he became the first European in 40 years to claim the US Open.

Pro tip: in Ireland, his name is pronounced “Muk-dohl”, not “Mack-dow-el”.

McDowell, believe it or not, wasn’t the first Portrush native to win a major title. That honour belongs to Fred Daly, who claimed the 1947 Open Championship at Hoylake.  In the seven years immediately following the Second World War, he finished outside the top 10 at the Open only once – in 1949, when he missed the tournament altogther.

While the ongoing fuss about Rory McIlroy’s nationality owes a lot to Nothern Ireland’s sectarian divisions, part of it has to do with the very nature of his success. At his best, with that perfect golf swing and easy confidence working in harmony, he feels not quite of this world, let alone Ireland. That we, a people most at ease trading in underdog stories, could have produced a bona fide superstar is cause for no little confusion.

If Rory doesn’t quite fit with the Irish narrative, Padraig Harrington is its walking, talking, slightly neurotic embodiment. His three major titles, each one of them a study in anguish and fluctuating self-belief, stand as testament to a genuinely colossal force of will. His short game was a gift, but the swing took the best part of a decade to dig out of the dirt. The best sportsman the Republic – and arguably the island – has ever produced.