Stadlers Set to be 1st Father-Son Duo in Same Masters 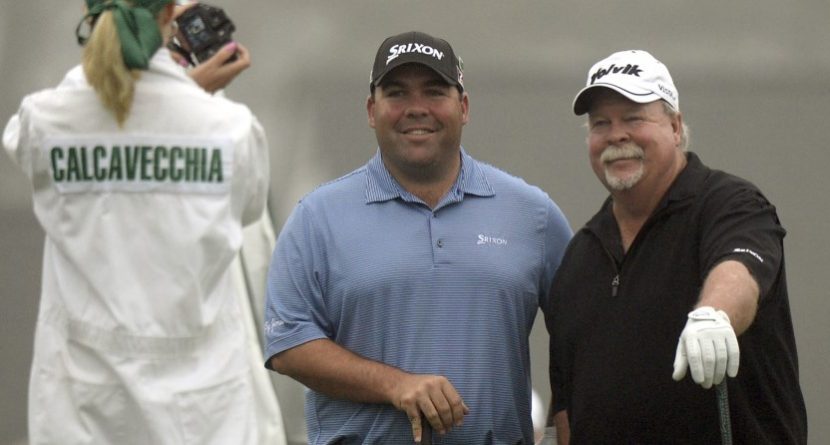 With his victory at the Waste Management Phoenix Open in February, Kevin Stadler punched a ticket to the Masters for the first time. Kevin’s father, Craig, will also play at Augusta as a former champion.

That marked the first career victory for Kevin despite having made nearly 240 tournament starts, and it leads to the first time a father and son will play at the same tournament in the history of Augusta. Eleven father-son combinations have competed in the Masters, but not until this year will a combo play in the same year.

Kevin and Craig won’t be paired together, and it’s unlikely for Craig to make the cut. But all that matters is they’ll both be inside the ropes to get things started. This year’s Masters is likely to be Craig’s 38th and final appearance.

“If and when I do … bow out, I can’t think of a better way to do it than playing with your son in the same tournament,” the father told reporters. “It’s awesome.”

Craig and Kevin played an abbreviated practice round together Monday, and headed back out together Tuesday.

Craig – also known as the “Walrus” – was a 13-time PGA Tour winner in his own right, including the 1982 Masters for his first and only major victory. He would later join the Champions Tour in 2004, accumulating nine wins on that tour.

In all, there have now been nine father-son winners on the PGA Tour (or at least what eventually became the PGA Tour):