Stars Who Had Careers Ruined By Scandal 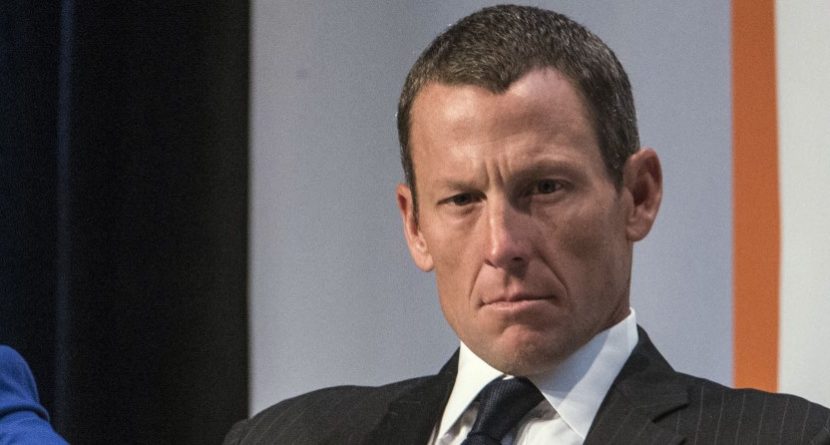 Alex Rodriguez’s legacy is now on the line.

It was announced Monday that the 38-year-old New York Yankees third baseman will be suspended by Major League Baseball through 2014 for his connection to Biogenesis, a defunct anti-aging clinic in Coral Gables, Fla. Rodriguez, however, said he will appeal.

Hot Links: Tiger vs. Rory | Rickie Fowler is a Dick | The Golfing Dead

Now, all of a sudden, the next couple of years will go a long way to determine how the public views A-Rod’s career. He’s won three MVP awards and is baseball’s highest-paid player. But will this be the end of Rodriguez as we know him? Or will he bounce back from this bump in the road as good as ever?

The seven-time Tour de France winner had each of those titles stripped in 2012 when the United States Anti-Doping Agency announced a lifetime ban of Armstrong from any sport that follows the World Anti-Doping Agency code. That meant he could no longer compete in triathlons, which Armstrong had picked up since retiring from competitive cycling in February 2011. Finally, after years of lying and denying numerous accusations, Armstrong admitted to doping in January 2013. He hit more home runs in one season (73) and more home runs in a career (762) than anyone else, but many of those are believed to have come while Bonds was on steroids. He broke the career record in 2007, which turned out to be the last of his career. The San Francisco Giants opted to not re-sign Bonds for 2008, and every other team passed on him as well. He had been linked to steroid scandals beginning in 2003, and was convicted of obstruction of justice in 2011. The 2007 season was also the last for Clemens, who began fending off steroid questions in 2005, when Jose Canseco suggested in his book that The Rocket, and many others, used drugs. Yet, the information that may have kept teams from signing him in 2008 was found in the Mitchell Report, an investigation by former U.S. Senator George Mitchell on steroid use in baseball. Clemens’ name was mentioned 82 times in the report, but he has since denied every accusation of performance-enhancing drug use. The winner of five medals at the 2000 Sydney Olympics (three gold, two bronze), Jones gave each one of them back in 2007 after she admitted to using steroids from 2000-01. She pleaded guilty to lying to federal investigators about using steroids and served a six-month prison sentence in 2008. Jones competed in the 2004 Olympics but didn’t earn any medals, and she signed a contract in 2010 to play basketball in the WNBA, but that career lasted less than a year. Considering investigations are still ongoing in relation to the murder charge against Hernandez, it’s way too early to say he’s guilty. But there seems to be plenty of evidence suggesting that he was involved with the murder, whether or not he actually committed it. And because of that, we think it’s safe to say his football career is over. Following other missteps, which included a DUI arrest, Gibson in 2011 pleaded no contest to a charge of hitting his girlfriend and mother of his young daughter in early 2010. The actor/director was sentenced to three years probation, one year of counseling and community service, and his film career hasn’t been the same since. He’s starred in unknowns like “The Beaver” and “Get the Gringo,” and is trying to get back into producing, but the odds are slim that we’ll ever see another “Braveheart” or “Passion of the Christ.” Related Links: Athletes to Bounce Back from Scandal | A-Rod Jobs