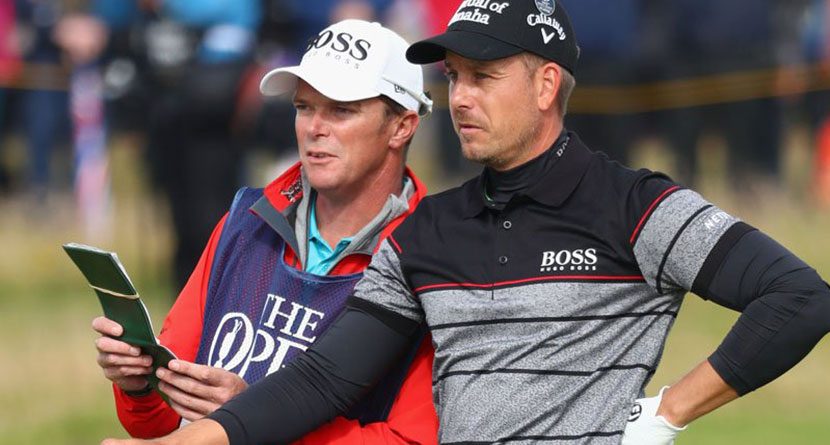 We knew Henrik Stenson was a jokester, but we thought the big gambler in the final pairing on Sunday at Royal Troon was Phil Mickelson. Turns out, Stenson enjoys himself a wager or two as well.

Stenson and longtime caddie Gareth Lord had a standing bet that if the duo were able to capture one of golf’s four major championships, Lord would give up smoking cigarettes. Rex Hoggard from GolfChannel.com has some more insight from The Open’s final round, including a perfect Stenson deadpan comment on the seventh hole.

Lord made a bet with Stenson about a year and a half ago that if Stenson won a major, Lord would stop smoking. It was a wager Stenson recalled at an interesting moment at Royal Troon.


“I knew he felt pretty good because we were going down the seventh [hole] and he looks at me and says, ‘You better enjoy that [cigarette],” laughed Lord, who said he has until midnight on Sunday to pay up.

Stenson was tied with Mickelson at 14 under as he made his way up the seventh hole and reminded Lord of their wager. His confidence was evident.

“He putts it like that along with his ball-striking he’s going to be tough to beat,” Lord said. “He’s putting better than he ever has.”