Steve Elkington to Host His Own Television Show 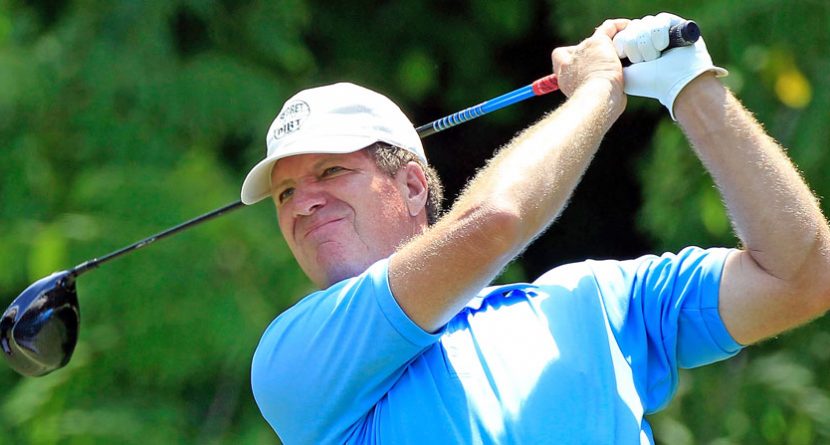 He might not be playing much tournament golf these days, but former major winner Steve Elkington is back in the spotlight. At least this time, it’s not for the wrong reasons. Yet.

According to Golf Digest, Elkington is getting his own television show, which is expected to focus on golf courses throughout North America while mixing in golf instruction from Elkington, friend Mike Maves, and golf guru Jackie Burke. All three men have previous collaborated on the golf social networking site SecretInTheDirt.com, which has become the main focus of Elikington’s over the years.

Why is this big news, you might ask? You may remember the last time Elk was in the news was shortly after making an ill-humored (and borderline homophobic) joke at the expense of NFL player Michael Sam.

The television show – planned to air on the Nebraska-based RFD-TV network – will likely see a mixed reception from viewers thanks to Elkington’s “opinionated” past. However, those familiar with his social networking site appreciate the level of high-quality golf instruction and candid discussion topics not seen in other arenas.

As more and more amateur golfers are leaving the game, both physically and from a viewership aspect, perhaps now is the time for a show hosted by a pundit the likes of Steve Elkington.