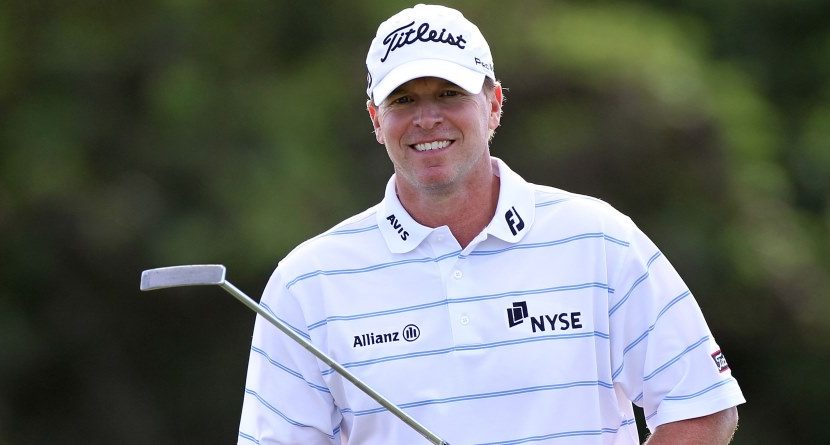 No PGA golfer was sadder to see the dissolution of the Greater Milwaukee Open in 2009 than Steve Stricker. The event gave the Wisconsin native ample time with his family.

But in its absence, the John Deere Classic has become his “hometown” tournament. Taking place in Silvis, Ill., it’s less than three hours from the Stricker residence in Madison, Wis. And judging by recent results, he definitely feels a home-course advantage: He won three straight in Silvis from 2009-2011 before tying for fifth place last year.

Those finishes have Stricker among the favorites this year at the John Deere Classic, one of the few tournaments to make the cut on Stricker’s pared-back 2013 schedule. It’s only his eighth official PGA appearance of the year.

So as the world’s 11th-ranked golfer sets out to bring his “hometown” another title, we check out a handful of other athletes who became local heroes:

Andy Murray
Born in the United Kingdom (Scotland) and now living in London, Murray last weekend became the first British tennis player in 77 years to win the men’s singles title at Wimbledon, which is played in London. It actually marked his second straight title on those grass courts, because in August 2012, Murray won the men’s Olympic gold medal in Wimbledon.

Lou Gehrig
The legendary first baseman played his entire career for the New York Yankees, who signed him in 1923, 20 years after he was born in New York City. Gehrig brought his hometown six World Series titles during his 15-year career, which ended with his emotional farewell speech on July 4, 1939. He had contracted ALS, now known as Lou Gehrig’s Disease, and passed away in 1941.

Mark Messier
Drafted by his hometown club, the Edmonton Oilers, in the 1979 NHL Draft, Messier stayed with the team for 12 seasons. Though he would go on to play 13 more years, his most productive seasons were in Edmonton. Messier led the Oilers the five Stanley Cup trophies from 1983 to 1990.

Red Grange
Born in Pennsylvania but raised in Wheaton, Ill., a suburb of Chicago, Grange became a three-time All-American at the University of Illinois, then signed with the NFL’s Chicago Bears in 1925. He formed his own league the next year and was part of the New York Yankees football team through 1928, but he rejoined the Bears in ’29. Grange helped Chicago win the unofficial NFL title in 1932, and the league’s first official championship game in 1933.

LeBron James
We know, Cleveland doesn’t exactly love LeBron these days. But the native of Akron, 40 miles south of Cleveland, did help his hometown team to the peak of its existence. After drafting James in 2003, the Cavaliers went from the NBA’s worst team in 2002-03 to the NBA Finals in 2006-07, their first and only appearance in the championship series. Should LeBron return to the Cavs as a free agent in 2014, Cleveland will surely forgive him.

Related Links: Stricker a Heavy Favorite | John Deere Is Like A Lexus