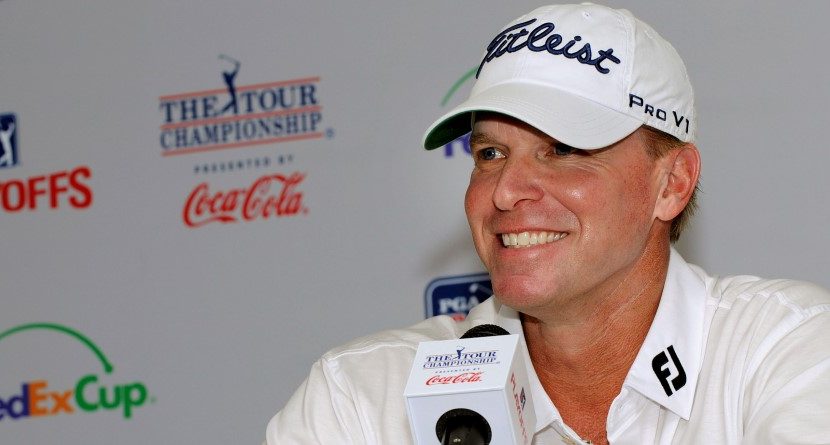 Some players in the field this weekend at the John Deere Classic are using the tournament as final tune-up for the season’s third major next week, the British Open Championship. Others are holding out hopes that a victory will earn them a ticket to Muirfield.

Steve Stricker is not one of those guys.

He annually makes it a point to play the Deere Classic because it’s less than three hours from his home in Madison, Wis. The British Open is always the next week, as is his wedding anniversary with wife Nicki. This year is No. 20 for the happy couple.

So Stricker is skipping the Open to spend the week with his wife.

“I’ve always missed our anniversary because I’m at the British,” he told the Milwaukee Journal Sentinel. “There’s a lot of things I haven’t done in the past, just because of the commitment to playing full-time out here.

“So it’s been a good period of time in my life, and my kids and my wife enjoy me at home more. They haven’t gotten sick of me yet, so it’s all been good.”

Stricker’s always been known as a family man, and becoming more of one is a large reason why he semi-retired this year and significantly pared-back his playing schedule. But this move adds him to the list of athletes who’ve shown sports are secondary in life.

@stevestricker You’re a class act! I’m sure you didn’t think twice about skipping the British to spend your anniversary at home! Congrats!