Steve Williams: ‘Tiger Should Have Been DQ’d’ 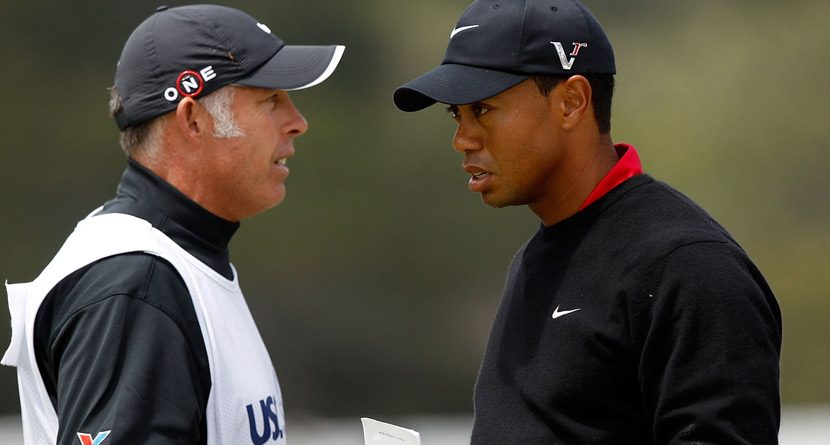 The 2011 breakup between Tiger Woods and his caddie Steve Williams wasn’t an easy one for either party. Williams took jabs at his former partner after the divorce and Woods ended up extinguishing the fire. The beef between the two had been off the table until Williams was doing high-fives with his new boss Adam Scott last weekend.

Scott’s Masters victory over Angel Cabrera after a two-hole playoff meant Williams was the first one between him and Woods to earn a major title since the latter won the 2008 U.S. Open.

This week, Williams re-kindled the beef between him and his former boss.

In an interview with New Zealand’s 3News, Williams weighed in on Woods’ controversial drop during his second round at Augusta. The caddie thinks Woods should have been disqualified for signing an incorrect scorecard.

“Tiger certainly wasn’t trying to gain anything on the field there. Obviously, he was frustrated. He mistook the rule between a red line and a yellow line. He didn’t do that intentionally. It was a mistake,” Williams said. “But in the fairness of the rules, he should have been disqualified. He signed a scorecard and left the course. He committed a penalty.
“If he had the chance to view it, he would have put two strokes on himself. He didn’t get that chance but if the rules of golf were upheld, I believe he should have been disqualified.”

Woods typically listens to what everyone has to say. We’ll see if he addresses Williams’ comments at his next press conference.

Next Page: Most Memorable Breakups In Sports & Entertainment