Stewart Cink Given Topless Cart to Work on Head Tan? 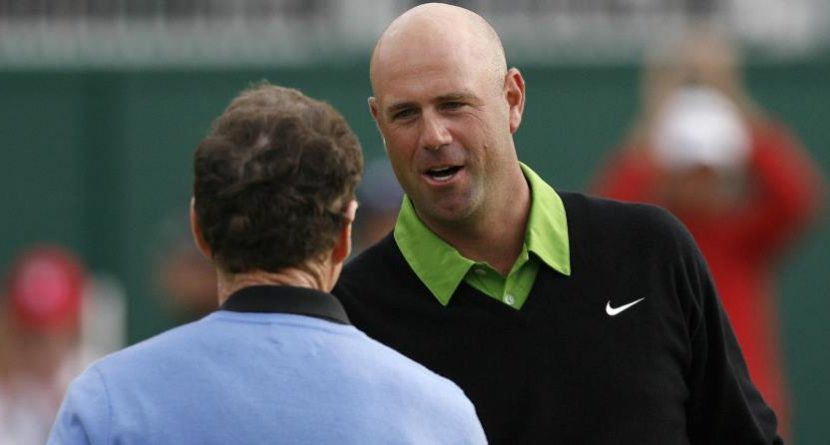 Stewart Cink made waves last week in Honolulu at the Sony Open, and it had nothing to do with surfing or his golf game. It had everything to do with his sun-deprived head.

Surely by now you’ve seen the TV screen shot that showed a very white top half of Cink’s dome, and a very tan bottom half. The guys on the “Dan Patrick Show” dubbed it the White & Tan.

It’s likely that the folks running this week’s Humana Challenge in La Quinta, Calif., saw the picture, and Cink suspects that might be a reason why he was given a topless golf cart the cruise the grounds on Tuesday. Now all he needs to do is be sure to keep the TaylorMade hat off his head and let that sucker see the light.

The Humana Challenge must think I need to tan up the dome a little. pic.twitter.com/oQ83SyxxR3

Some people might not take kindly to being made fun of for sporting a bald noggin. Cink is not one of those people. The 2009 Open Championship winner has taken the scorn in stride.

Apparently my glowing head has received some attention today. It’s nice to be (in) the spotlight.

I was hoping to get off to a noteworthy start in 2014 but this isn’t exactly what I was envisioning.