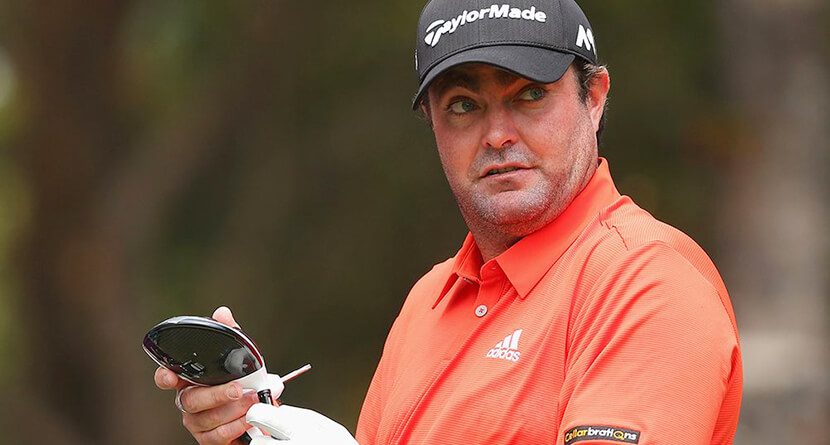 Steven Bowditch has found himself mired in quite the slump since his win last season at the AT&T Byron Nelson. The win was enough to get Bowditch into some pretty prestigious fields in 2016, however, and Bowditch is doing his best to play through this tough time with as much candor and humor as possible.

Making just 11 of 21 cuts so far this year, Bowditch has routinely flirted with and shot in the 80s. At the WGC-Cadillac Championship, Bowditch didn’t break 80 in any of his four rounds at Doral and in the first round of the no-cut, limited-field WGC-Bridgestone Invitational this past week, he extended that WGC streak to five consecutive rounds in the 80s after firing a first-round 14-over par 84.

Bowditch bounced back with a solid 2-over par 72 on Friday and what was waiting for the big Aussie after that moderately successful round? A PGA Tour drug tester.

Even the tour can’t believe I broke 80! pic.twitter.com/56tXnkZ6Be

Bowdo went on to shoot 80-74 on the weekend without fear of a drug test and finished in 58th place. All that work and he could have just done what Daniel Berger did and made just about the same amount of money.