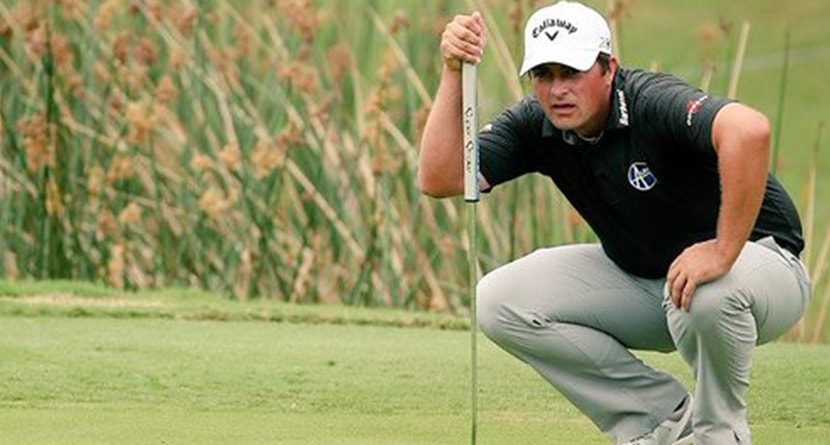 A lot of guys have 21 putts in a round. The difference between those guys and Brian Stuard on Thursday at the Zurich Classic is that most of the other guys hit 21 putts by the 13th hole. Stuard completed his entire first round — a feat in itself considering the conditions — to hold the overnight lead at 8-under par.

Weather had a big impact on the proceedings forcing the players to spend upwards of four hours in the clubhouse while a storm passed through the New Orleans area. Just about half of the field still needs to complete their first round on Friday. With good weather predicted, things should be back on schedule by Sunday morning, just in time for another storm to roll through.

Behind Stuard, Retief Goosen fired an opening-round 65 to be one shot back. J.J. Henry, Derek Ernst, Charles Howell III, Geoff Ogilivy and Patrick Rodgers make up the contingent at 5-under par and tied for third.

World No. 1 Jason Day shot a 3-under par 69 that included a pair of closing bogies after the weather delay. Rickie Fowler shot a 4-under par 68 to sit in a tie for eighth place.

Play was scheduled to resume on Friday morning at 7 a.m. local time.