Stuart Appleby Has Cyst Named ‘Carlos’ Removed From His Neck 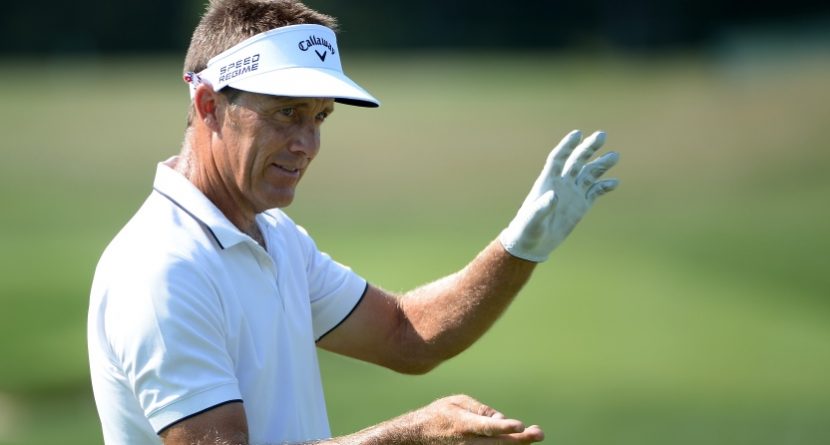 The offseason came at a great time for Stuart Appleby. Some rest and relaxation will allow the 43-year-old Aussie to keep his “Frankenstein look” out of the sun.

It turns out that after he placed an agonizing 31st in the FedExCup standings following the BMW Championship – from which only the top 30 move onto the Tour Championship – Appleby developed some sort of cyst in his neck. The growth got big, his caddie named it “Carlos,” it began to hurt, so he had it surgically removed.

This is “it” at about 90% of its max size, my caddy called him “Carlos” pic.twitter.com/IWBN2Tm55Y

It was some sort of cyst that got real big and pissed off over last few weeks and bloody sore last 24 hours so time for an exit.

Going the Joe Dirt mullet look to hide the Frankenstein look for the next month. pic.twitter.com/YeWs5iNXFe

And we thought popping a pimple was painful.

Of course, some tweeps had great reactions:

@StuartAppleby Jaysus does it have a heartbeat? Ash needs to go easy on the love bite mate.

@StuartAppleby how much weight did you lose when it exploded. Did you have to alter any cervical training protocols to accommodate extra wt