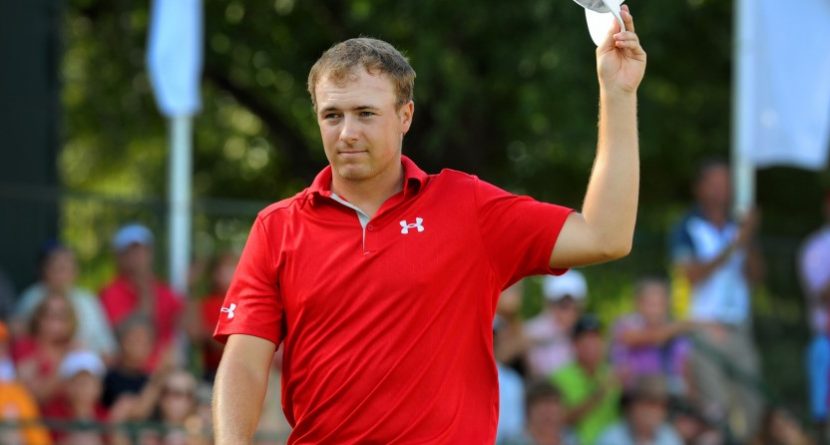 If your Sunday was better than Henrik Stenson’s, please tell us your story. Because the 37-year-old from Sweden won the Tour Championship at East Lake in Atlanta, which also clinched the FedExCup for him. He thus received $1.44 million the three-stroke tournament victory – an amount anyone would welcome – and then $10 million for the FedExCup – an amount for which many people would do wild things.

If that’s not a studly weekend, then you must be among the Forbes 400. But in the world of golf – and many walks of life – there’s no bigger payout.

Yet, Stenson wasn’t the only stud at the Tour Championship. And of course, where there are studs, there are also duds.

STUDS
Henrik Stenson: The Tour Championship goes down as the fourth PGA Tour triumph of Stenson’s 15-year pro career. He’s never won a major, but the tourneys he has won give out the largest checks. He won the World Golf Championships-Accenture Match Play Championship in 2007 (WGC events pay more than majors – $1.35 million in ’07, $1.5 million now), the Players Championship in 2009 (the $1.71 million winner’s prize is the largest in golf), and two FedExCup playoff events (he captured the Deutsche Bank Championship three weeks before the Tour Championship; each pays $1.44 million, roughly equivalent to a major). Stenson’s $6,388,230 in PGA Tour earnings – the most in one season of his career – place him second on the year, behind only Tiger Woods.

Jordan Spieth: As a 19-year-old who decided to go pro after one year at the University of Texas, Spieth entered 2013 just hoping to earn a PGA Tour card and make the FedExCup playoffs. Not only did he easily achieve both, he made a serious charge to win the Tour Championship. The now-20-year-old went on a birdie run Sunday that saw him drop strokes at seven of 10 holes. He shrunk Stenson’s lead to one for a brief moment, but bogeyed 17 and parred 18 to finish 10-under overall, three shots behind the Swede.

Steve Stricker: When the 46-year-old decided to pare back his golf schedule this year, he figured he’d have much of his September free. So he booked a hunting trip with his buddies. But, sadly for his friends, Stricker’s too good at golf. He got into the Tour Championship, which was the same weekend as the hunting trip, and made good use of his time there. He eagled No. 15 on Sunday to put some pressure on Stenson at the top of the leaderboard, but he could only manage par the rest of the way and tied Spieth for second overall. That was too bad: Had Stricker made birdie at one of those final holes, he would have jumped to No. 2 in the final FedExCup standings, which gets a $3 million bonus compared to $2 million for No. 3.

Dustin Johnson: The biggest riser in the final FedExCup standings was Wayne Gretzky’s future son-in-law, who jumped 17 slots. He barely snuck into the Tour Championship as the 30th and last man in, but Johnson’s fifth-place finish – his best in two months – earned him $320,000 for the tournament, and an extra $105k in FedExCup bonuses. The 30th-place finisher gets a $175k bonus, but Johnson at No. 13 received $280k.

Webb Simpson: The low man on Sunday was Simpson, who carded a bogey-free 63. That moved him to fourth place overall for the tournament, and shot him up 10 spots in the final FedExCup standings, from 21st to 11th. No. 11 gets a $300,000 bonus, whereas 21st gets $220k. Not a bad time to record your best finish since April.

DUDS
Tiger Woods: He entered the Tour Championship at No. 1 in the FedExCup standings, No. 1 on the PGA Tour money list, and craving to put to rest any doubt that he should be the Player of the Year. Then he opened with a 3-over 73, or immediately nine shots back of the lead. Though he got better by a couple strokes every day, Woods could manage only a T-22 finish. His drop from No. 1 to No. 2 in the FedExCup standings cost him $7 million. His five victories on the year will probably still earn him POY honors from his PGA Tour peers, but a strong finish would have made his case a lot stronger.

Matt Kuchar: Since the PGA Tour reconfigured the FedExCup points system in 2009, only Woods and Kuchar have placed themselves in a top-five slot, which means they win the $10 million bonus by winning the Tour Championship, more than twice. Kuchar still has yet to capitalize on that position. He finished +3 in a tie for 26th, so not even close. Kuchar also could’ve been the only man other than Woods to win three events this year.

Adam Scott: Tough to criticize a man who came down with the flu at the worst of times, as Scott did on Saturday, when he posted a four-over 74, but we were hoping for a challenge to Woods for POY honors. Scott’s middle-of-the-pack T-14 result probably just secures a POY runner-up.

Charl Schwartzel: A solid eighth-place tie at the BMW Championship gave Schwartzel some momentum for the Tour Championship, and an opening-round 2-under 68 was a good way to start. But he then carded the worst rounds of everyone the next two days – 79 on Friday and 77 on Saturday. A Sunday 66 surely felt good, but that only helped him avoid last place.

Boo Weekley: Pro golfers always want to play their best, but that desire is more present when the top 30 players of the year are competing in one tournament. Unfortunately, Weekley’s season ended with a last-place finish, as he was the only player not to find a round in the 60s at East Lake. On the bright side, he didn’t finish last in the FedExCup standings among those 30 guys – he ended up 29th, one slot and a $5,000 bonus ahead of D.A. Points.

Other Hot Links:
– Tweek In Review: This Week’s Best Tweets
– 5 Things You Need to Know About Henrik Stenson
– Dick Fowler P.I. Bitten By the Love Trap