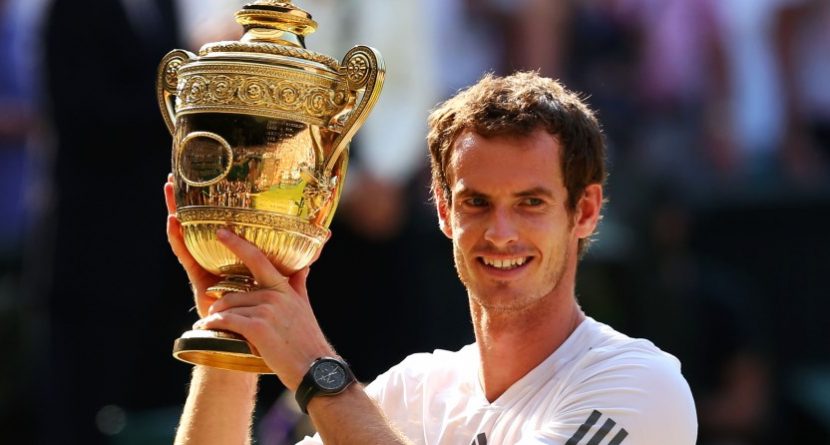 What a summer for the United Kingdom. Yes, this summer – not 2012, when London hosted the Olympics. We’re not even to August and the athletic exploits by the British or in the UK have been remarkable. To wit:

Justin Rose wins U.S. Open, his first major
Things began in June when the 32-year-old Rose vanquished his drought of 37 majors without a victory by taking the U.S. Open at Merion in Pennsylvania. That made him the first Englishman to win a golf major since Nick Faldo at the 1996 Masters, and the first man from England to win the U.S. Open since Tony Jacklin in 1970. Murray takes first Wimbledon crown
Three weeks later, Andy Murray thrilled the British crowd with his first Wimbledon title, becoming the first British man to win the tennis event since Fred Perry in 1936. Of course, Murray delighted the fans last summer by claiming an Olympic gold medal at the All England Club in Wimbledon, but the annual Grand Slam event had previously proved so elusive for the Scot.

Froome vrooms to Tour de France win
On Sunday, Chris Froome pedaled to his first Tour de France victory, winning the 100th edition of the famed cycling race. Born in Kenya and raised in South Africa, Froome became a British citizen in 2010 by virtue of his father and grandparents hailing from England. His victory made it two in row for Brits in the Tour de France. Mickelson impresses at Open Championship
While Froome was cruising to his title, American Phil Mickelson was attacking the golf course at Muirfield in Scotland. A week after winning the Scottish Open, Mickelson earned his first Claret Jug as victor of the Open Championship by coming from five strokes back on Sunday. “Winning this Open Championship – the tournament that has been the most elusive and the most difficult for me to play my best in – is probably the greatest accomplishment of my career,” he said afterward.

Royal baby is born
Yet before the British could even finish congratulating Mickelson, their attention shifted to the newest member of the British Monarchy. On Monday, the UK’s Royal Family welcomed an heir to the throne, as Prince William’s wife Kate gave birth to a boy, who two days later was named George Alexander Louis. We know this has little to do with sports, but if that kid becomes an athlete, his feats will be closely followed. Grand Slam coming to St. Andrews?
And another remarkable feat could be on its way to the UK next week, when Inbee Park arrives at St. Andrews for the Women’s British Open. Already the owner of the first three major golf titles this year, she could become the first woman to win four majors in a single season. And considering this marks the first season with a fifth women’s major, she could also be the first to five. LPGA Commissioner Mike Whan says Park’s feat would be a Grand Slam if she wins four, and a Super Slam if she gets five. Other Hot Links:
– Awesome Caddyshack GIFs
– Many Tour Golfers Will Be Out Of Work Soon
– Best Tee Markers From Around the World