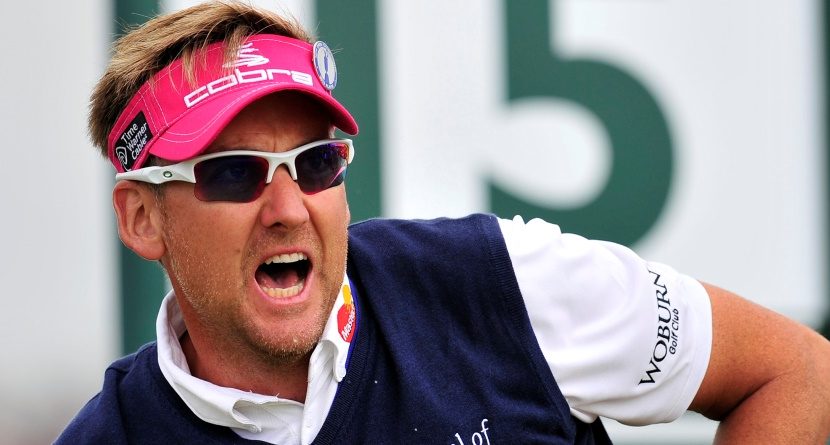 Before Phil Mickelson charged to his first Open Championship and Lee Westwood lost his first major, there was some great golf played by those who went off early in the day. There was also some bad golf.

Here’s a look at some studs and duds from Sunday at The Open:

STUDS
Ian Poulter
The Englishman decided to ditch his putter – the one with which he spurred Europe onto a 2012 Ryder Cup win – and ask via Twitter for a new one. The verdict was out until Sunday, when Poulter tore up Nos. 9-12, carding an eagle and three straight birdies. He couldn’t maintain the hot streak, but did rocket up the leaderboard with a 67 and end up tied for third overall.

Never say never & I guess changing the putter and trusting my instincts was the right idea. Great week. @The_Open fans are pure class Thanks

Jason Dufner
Also closing his weekend with a sizzling 67 was Jason Dufner, the most unemotional guy on tour. But he let his thoughts be heard on Twitter, unexpectedly providing a player’s play-by-play perspective. A sample:

How epic would a Phil/Tiger playoff be?

Runners advance on the balk by Adam Scott

Had this same exact putt that Phil has, downhill breaking to his left. It seems fast, but if u don’t hold the speed it will break more

Ernie Els
The reigning British Open champ never contended, finishing tied for 26th. But Els made the shot of the day on 17. Have a look:

DUDS
Tiger Woods
Woods came into the day two shots back of the lead but gave away three strokes over his first six holes, quickly evaporating his chances at a 15th career major. He’ll retain his No. 1 world ranking, but the pressure to squelch his five-year majors drought is mounting and mounting.

Dustin Johnson
One shot out of the lead going into the weekend, Paulina Gretzky’s boyfriend went 11-over-par on Saturday and Sunday combined. Johnson tied for 32nd overall at +9.