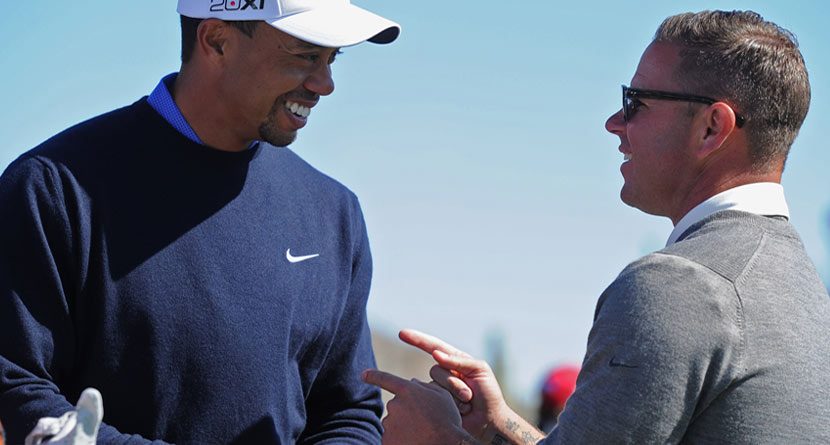 As far as course nicknames go, the Bear Trap is right up there alongside Amen Corner, Hogan’s Alley and the Blue Monster for the best, most recognizable nickname on the PGA Tour. All that could change if the Tour decides to add an event in Knoxville, Tenn., at the Dead Horse Lake Golf Course.

Group Most Likely To Attract A Bounty Of Fans From The Treasure Coast: Tiger Woods, Dustin Johnson and Martin Kaymer All three golfers are use to performing in front of massive throngs but interest is especially high this season with D.J. and Tiger already racking up early season wins at the Hyundai Tournament of Champions and Farmers Insurance Open, respectively. With a win in Palm Beach Gardens, Kaymer could easily reestablish himself as one of the premier players in the world after what was a very disappointing 2012, save for that final put at Medinah.

Group Most Likely Playing With A Target On Their Back: Keegan Bradley, Lee Westwood and Rickie Fowler PGA Tour Commissioner Tim Finchem didn’t do players like Keegan Bradley any favors with the majority of fans when he came out last Sunday and directly challenged the USGA/R&A proposal to ban the anchored stroke. Bradley has recently discussed his frustration over people calling him a “cheater” for his reliance on an anchored putter and feels that the time has come for everyone to move on. This controversy is hard from over, however, and if emotions boil over in the galleries this week maybe his playing partner, and physical-fitness fanatic, Lee Westwood will be forced to step in and offer a modest modicum of physical justice. Henley knocked out Schwartzel in the first round of the WGC-Match Play last week, which really wasn’t a surprise to anyone who watched the Tour rookie dominate the field earlier this year at the Sony Open, even though coming into Dove Mountain, Schwartzel was one of the hottest golfers on the planet. If Henley can continue his sharp play expect him to creep up radars come Augusta even though playing partner Justin Rose rounds is one of my favorites to break through and win his first major in 2013. In total, there are six Swedes in the Honda Classic field including the pair of Stenson and Blixt. Since when did Sweden become such a prolific golf factory? Must be all that horsemeat in those delicious meatballs. Lucas Glover, who is from South Carolina, may have a difficult time keeping up with some of the conversations on the course unless that is the trio can find some common ground and discuss The Millennium Trilogy, in particular the different versions, Swedish and American, of “The Girl With The Dragon Tattoo.” In the interest of full disclosure, I’m pulling from McIlroy to repeat at the Honda Classic if only to silence the likes of Johnny Miller and Nick Faldo who are amongst the growing majority of critics that blame Rory’s recent poor play on his switch to Nike equipment. McIlroy has admitted to developing a few bad swing habits but it remains very important for the game of golf that he return to form in time for the majors. And if he can’t pull it together maybe 2008 champ Ernie Els can swoop in and steal a victory in South Florida.