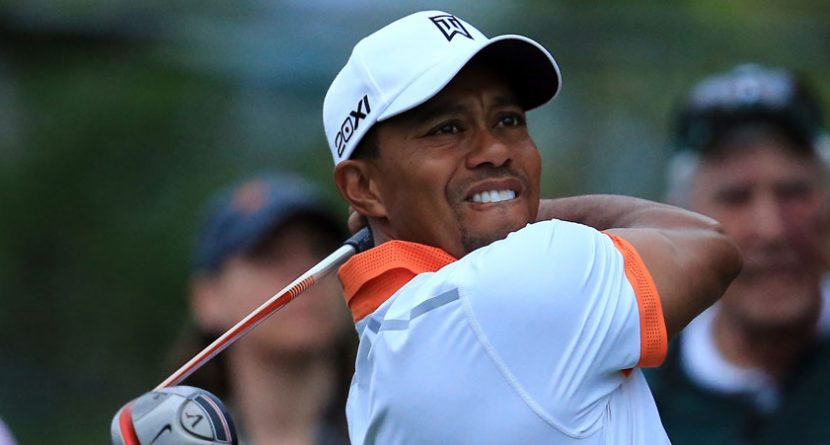 Welcome to this week’s Superlatives, where Jon Lord dusts off the yearbook to get you ready for the first two rounds of the Arnold Palmer Invitational.

We should all be happy for Tiger Woods and Lindsey Vonn, a happy pair of multimillionaire, world-famous athletes and love-struck divorcees who have now entered a Facebook official relationship. There were however probably a few less tacky ways to announce their enduring love for one another than the bizarre photos that were made to look like the camera operator was holding a giant stuffed crocodile above the lens. I haven’t seen such forced smiles since Mitt Romney and Barack Obama greeted each other at the last Presidential debate. It’s nice to have reigning FedEx Cup champ Brandt Snedeker back in the fold after he was forced to take more than a month away from the game in order to nurse some sore ribs. Hopefully Sneds is wearing a some sort of protective flak jacket as Lefty and Sergio are two veterans always on the lookout for an advantage. PGATour.com recently profiled G-Mac’s new Orlando bistro Nona Blue and one of the most fascinating aspects of the interview was the Northern Irishmen’s admission that he would much prefer a Heineken over a far superior microbrew. Until now I never thought I’d feel sorry for a filthy-rich professional golfer but if McDowell truly believes that drinking a Heineken is living high on the hog then there is absolutely nothing any of us responsible, knowledgeable beer connoisseurs can do about it.

Group Most Likely To Wear Sunglasses On The Back Of Their Head: Kevin Streelman, Lee Westwood and Jason Dufner

Congrats to Streelman on winning the Tampa Bay Championship — his first win in over 150 starts on the PGA Tour. But is he or any other golfer thinking when they wear their shades on the back of their hat? Why not just give them to your caddie for safe storage or, here’s an idea, not wear them at all? This bothers me about as much as when baseball players wear eye black. I was once college baseball player and trust me, it’s all about the look. Smearing black paint on your face like you were about to join the Battle of the Little Bighorn is as effective as putting two magnifying glasses in front of your eyes.

Group Most Likely To Include The Surprise Winner Of The 2013 Arnold Palmer Invitational: Charles Howell III, Tim Herron and George Coetzee

Howell is still fighting for that bid to Augusta, and Coetzee playing as well as any other South African at the moment, including Charl Schwartzel.