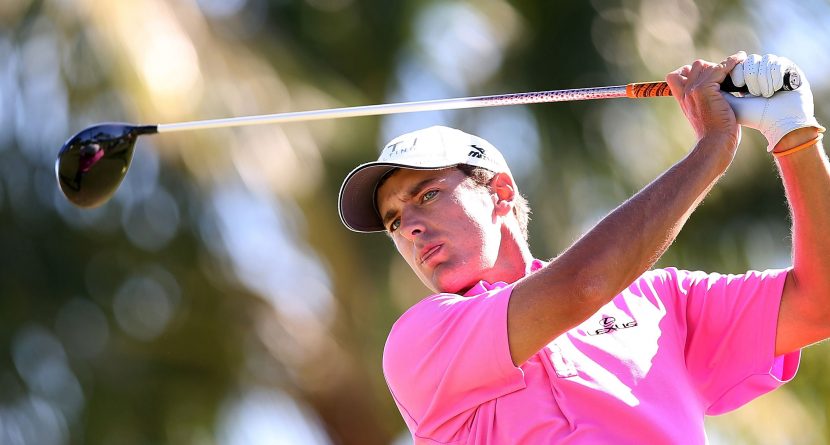 Mark down the Humana Challenge as one of those PGA Tour events that should consider going back to its old name. The Bob Hope Classic harkened back to the good old days of the California desert, when movie stars and crooners like Frank Sinatra use to treat Palm Springs like there own personal playground. Now the area surrounding the La Quinta Country Club is a magnet for young Hollywood hipsters who consider themselves edgy because they drink Tecate while playing pickup basketball in skateboarding sneakers and V-neck undershirts.

Now on to this week’s Superlatives.

McGinley seems like the popular choice for 2014 European Team Ryder Cup captain with Rory McIlroy calling the decision “common sense” and our own Conor Nagle adding that the Irishman is “tough” and “not to be underestimated.” In fact, Twitter may very well have been responsible for turning the tide towards the man from Dublin, who was able to rely on social media support from fellow Ryder Cup heroes Ian Poulter, Luke Donald and Graeme McDowell. How this outpouring of public admiration made the other finalists feel has yet to really hit the airwaves. Darren Clarke certainly saw the writing on the twitter feed wall as he took his name out of the running only days before the announcement while Colin Montgomerie, who to this day remains one of the more polarizing figures in European golf, will have to hitch another ride to Gleneagles.

And is it still too early to handicap the 2014 Ryder Cup? On paper, the Europeans are projected to have the minor edge in experience and talent, not to mention the home field advantage, but the way some of the these up and coming Americans are playing (Russell Henley, anyone?) who knows how things will shake out in Scotland.

Apparently Matt Kuchar doesn’t believe in rest. Aren’t players of his ilk supposed to breeze through January and February, picking their spots before the World Golf Championships events and prep for the Masters? Three weeks into the 2013 season and Kooch has already played both Hawaiian events and is now in the field at La Quinta. Maybe playing partner Phil Mickelson can offer him some advice on how to find the proper balance between family and the fairway; otherwise the always congenial Kuchar could end up becoming a cautionary tale of excessive travel and competition.

Group most likely to have completed a round of golf over an unexploded Japanese bomb from WWII: Matt Jones, Billy Horschel, Terry Weiner and Corky Anderson

This story out of Sydney, Australia is like something from a “Mad Max” movie. Officials have said that the chances of anything happening are “incalculable” but still, who really wants to play a round of golf over an endless stockpile of ammunition? There are already enough hazards on Royal Sydney Golf Club to now not have to worry about the possibility of an errant 7-iron could setting off the same sort of chain reaction that caused such great damage to Bushwood. Here’s hoping Sydney native Matt Jones has yet to encounter any kind of torpedo or surface to air missile when laying up from a fairway bunker.

Group most likely to bite the head off a live chicken: Alice Cooper, Brandt Snedeker, Mark Wilson and William Moore

We’ve all heard stories about Alice Cooper’s mistreatment of poultry and, while all’s fair in Rock n’ Roll, it’s hard to imagine that either Sneds or Mark Wilson would appreciate such similar antics on the first tee.

If it weren’t for the ridiculous golf played by Russell Henley, CHIII would have had a good shot at winning last week’s Sony Open. But the Augusta native was denied the win and the accompanying invite to Augusta National.