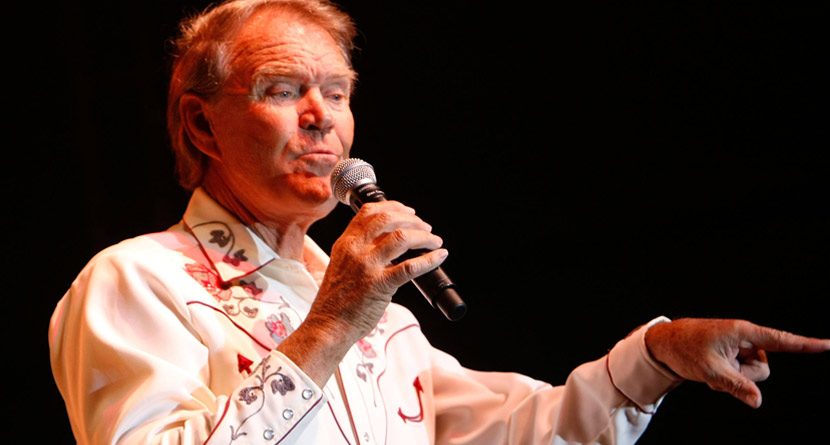 One of the best parts about the Northern Trust Open is watching current golf greats like Phil Mickelson and Bubba Watson traipse across the same Riviera fairways that were once graced by Los Angeles legends Frank Sinatra, Gene Autry and Bing Crosby. We’re all in trouble however if the spirits of old Hollywood somehow convince Vijay Singh to break into an impromptu rendition of “Come Fly With Me.”

Group Most Likely To Seek Advice From His Airness: Luke Donald, Adam Scott and Graeme McDowell Hard to believe that Michael Jordan turns 50 this weekend. It seems like only yesterday that he was beating Dominique Wilkins in the slam dunk competition and leading his Chicago Bulls to six world championships. Recently, an inebriated Jalen Rose suggested that MJ’s “flu” game during game 5 of the 1997 NBA finals vs the Utah Jazz wasn’t a byproduct of some sort of airborne virus but rather a good old-fashioned hangover, a rumor that has already been dispelled by most people in the know including Jordan’s old trainer Tim Grover.

Playing basketball with a hangover must be one of the more miserable experiences for a professional athlete to endure. There are certainly plenty of NBAers past and present who have and will continue to stay out well past their curfew but you’d be much more likely to find stars in less physically strenuous sports like say golf or baseball knocking back a few too many at the 19th hole.

Luke Donald reached out to Jordan recently asking his Airness to help him mentally prepare for the 2013 season and maybe that’s all it’ll take for the former #1 ranked golfer in the world to shed his current title of “best player to have never won a major.” It’s hard to say what MJ can actually do to help improve Donald’s golf game other than recommend either Craig Hodges, BJ Armstrong or John Paxson as a new caddie to replace long time looper John McLaren. In return for such sage advice, Donald can offer Jordan a few cases of his wine, which the NBA legend could then distribute to his various steakhouses across the country.

Group Most Likely To Relive Memories Of the 2012 Playoff: Phil Mickelson, Keegan Bradley and Bill Haas This group was involved in one of the more exciting moments on Tour last season with Bill Haas eventually winning in extra holes with a 40-foot bomb. Haven’t heard much from Keegan Bradley this season but it is much too early to speculate whether or not the upcoming anchored putter ban has begin messing with his head. Being around surrogate big brother and Ryder Cup playing partner Phil Mickelson this week is sure to help calm the fidgety New Englander’s nerves.

Group Most Likely To Include The Hottest Golfer On The Planet Not Named Brandt Snedeker: Charl Schwartzel, Sergio Garcia and Carl Pettersson Over his last six tournaments Schwartzel has finished 5-3-2-1-1-2 yet isn’t mentioned in the same sentence as Sneds when it comes to discussion of the current hottest player in the world. The South African could be poised to take the Green Jacket back from Bubba Watson after conceding his title last year. The news isn’t all good for Brandt Snedeker, however, as he has been forced to pull out of next week’s WGC match play event thanks to some sore ribs suffered during the first round of Pebble Beach, an event that he would go on to win. Imagine how well he would have played if were 100 percent healthy.

Group Most Likely To Have Watched The State Of The Union: Fred Couples, Lee Westwood and Bubba Watson Now that Westwood is a U.S. resident maybe he’ll take up a greater interest in American politics starting with President Obama’s address to the nation Tuesday night. We know the always savvy Fred Couples was watching as he prepares for his record 31st Northern Trust Open. My math and Presidential history may be a little fuzzy but I believe that means the first time Couples laced ’em up in Los Angeles Ronald Reagan was preparing to speak to Congress after defusing an air traffic controllers’ strike. Congrats to Freddie Jac who, thanks to Sned’s ribs, gets a chance to compete in the WGC match play event next week. The Swede will now have the honor of being knocked out in the first round by top seed Rory McIlroy but that shouldn’t stop him from riding the momentum (and the free paycheck) of being the last man invited to one of golf’s more prestigious events all the way to the champions buffet at Riviera. And if there’s ever a weather delay in Los Angeles we know the ex ping pong pro will dominate the clubhouse taking on the likes of Mickelson, Matt Kuchar and Jason Dufner’s robot.