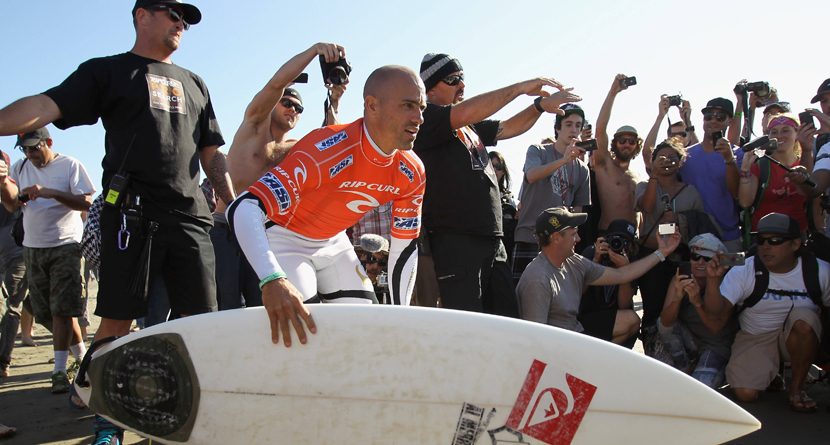 This week, Pebble Beach was third in a new listing of the top 40 public courses in the U.S., behind Pacific Dunes in Bandon, Oregon and Bethpage Black on Long Island. Not sure how they determined this list but I have asked Back9Network for a fully expensed trip around the country this summer just so that I can validate these rankings. Still waiting for a response however. Braun, the 2011 NL MVP, has been thrust back into the steroid spotlight when his name popped up in a ledger from Biogenesis, a group accused of supplying athletes, like Alex Rodriguez, with performance enhancing drugs.

First Lance Armstrong. Then ARod. Now Braun, Singh and Ray Lewis. It’s almost too much to keep track of at this point.

Group Most Likely To Have Recently Completed A Practice Round At Augusta National: Condoleezza Rice, Joe Ogilvie, Randall Stephenson and Jason Bohn As a new member of Augusta National, does Condoleezza Rice have first dibs at tee times? Also, do you think Ogilvie and Bohn will press the former Secretary of State for a special invite to the 2013 Masters?

Speaking of ceremonial titles, in honor of the former mayor of Carmel, Calif., here are my top five Clint Eastwood movies:

5. “In The Line Of Fire” (1993): John Malkovich at his very creepy best. Also Rene Russo very close to her post-“Major League”/pre-botulism prime. After spaghetti westerns, the political genre has always been Eastwood’s wheelhouse and “ITLOF” is a considerably better film than either “J Edgar” or “Absolute Power.”

4. “Play Misty For Me” (1971): Thanks to this film, there was a time back in high when I thought being a disc jockey in Big Sur, Calif., was all I could ever hope to be that was until I started dating and soon realized that to quote William Congreve, “Hell hath no fury like a woman scorned.”

3. ” Kelly’s Heroes ” (1970): A funnier, more light-hearted version of “The Dirty Dozen.” Set during World War II, Eastwood is at his understated best as the mastermind of a motley crew that goes behind enemy lines to commandeer a bunch of Nazi gold. Donald Sutherland steals the show as “Oddball” the sergeant in charge of a Sherman tank who reluctantly tags along in search of the stolen loot.

2. “Unforgiven” (1992):  Reminds of me of my late grandfather who towards the end of his life loved watching westerns. Eastwood’s Will Munny is the quintessential antihero whose journey from outlaw to pacifist to vengeful bounty hunter is both mesmerizing and frightening.

1. “Escape From Alcatraz” (1979): An American Movie Classics special right along the same lines as “Roadhouse” and “The Shawshank Redemption.” I love everything about this subtle thriller right on down to Patrick “Longshanks” McGoohan as the menacing warden. I don’t have any daughters but I if I did I could only imagine the awkwardness of meeting a boyfriend for the first time. Presumably Gretzky has been through this before with Paulina but still, chances are that Dustin Johnson has seen her at least partially naked, heck we all have, which if I were Wayne would be enough for me to took hook my first drive into the Pacific Ocean. Do you think the Great One will cringe anytime the gallery compliments Dustin on his great length? I wonder if Wayne will ask former teammate and personal protector, Marty McSorley, to join the group just in case the gloves do end up dropping.

Group Most Likely To Still Be Upset About A Pass Interference No Call: Jason Day, Jim Harbaugh, Matt Bettencourt and Matthew Cain In fairness, football games rarely come down to the officiating, and if 49ers fans really want to point the finger how about directing some of that Bay Area vitriol towards their head coach and offensive coordinator, whose offensive play calling at the end of the fourth quarter was less than inspiring. San Francisco certainly has the talent and youth to return to the Super Bowl and has already been installed as one of the early favorites for next year, which is probably little consolation to Jim Harbaugh, who seems happiest when miserable, which is pretty much all the time. There are certain guys who can pull off the tartan pant trend. Ian Poulter looks good in checkered slacks because traditionally Euros have a distinct advantage when it comes to metrosexual attire. Watney tried to pull off this hip new look at Torrey Pines and just ended up looking like a circus clown. Hopefully he’ll tone down the pastel hues this weekend in time capture his first career win at Pebble Beach.